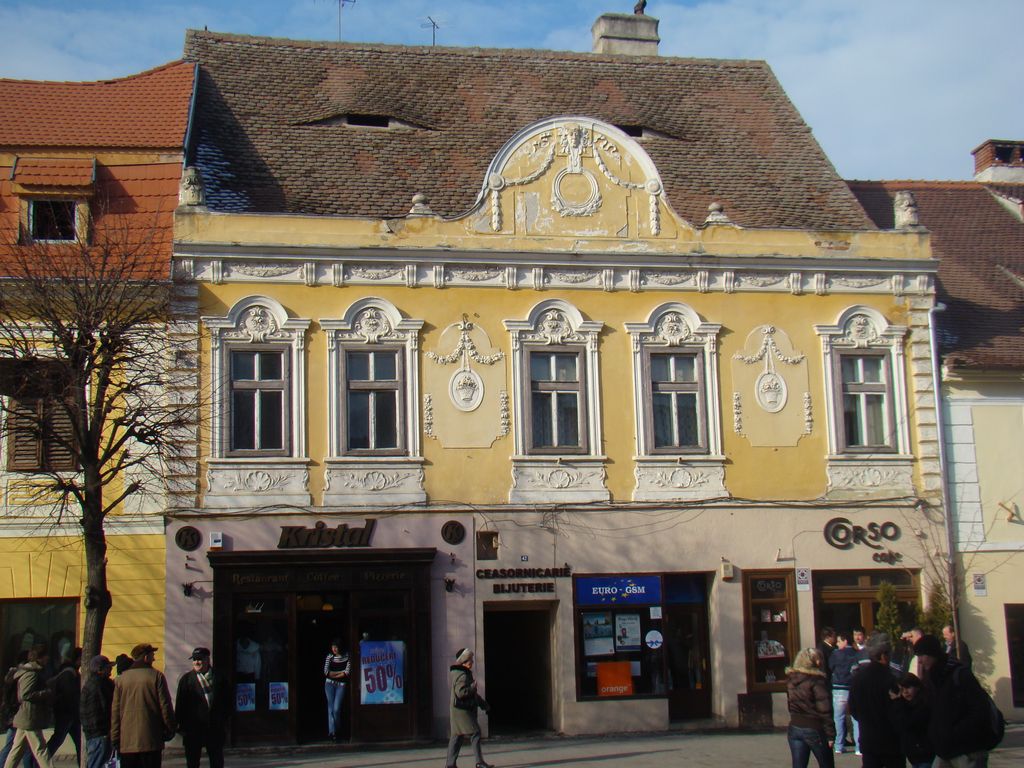 Three wings building. Ridged roof, with the ridge parallel to the facade, displays a shaft pediment, made up of curved elements. The pedestrian corridor is placed on the left in a vaulted  “a vella” space, on double arches. The other rooms are cross-vaulted, also two of the rooms upstairs and semicircular in the basement.

The staircase with Baroque stucco on the ceiling

Downstairs, on the left, after the transformation of the passing corridor into a commercial space, opened a restaurant after the First World War. Between 1924-1935 it was called Gambrinus and it was owned by Ioan Banciu, and between 1936-1939 it was called “La Pasa”. During the same period, on the right operated a delicacy shop, having the same name.