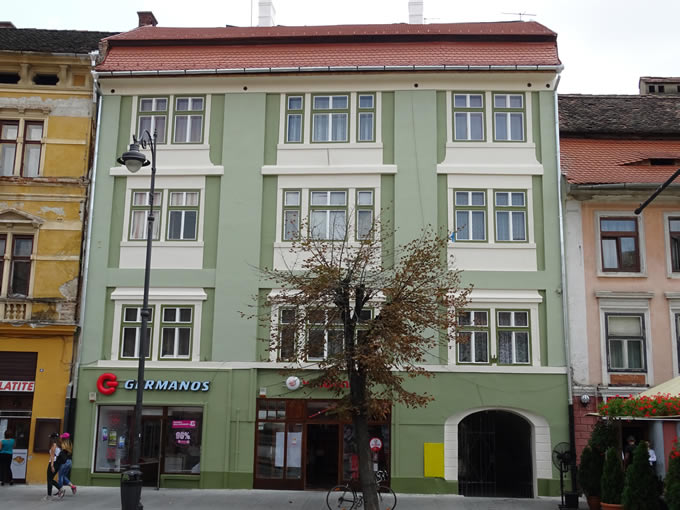 Basement, ground floor and two upper floors building. Three-axes facade, in each of the side axe there are two windows. Protruding eaves,ridged roof.

On May 1st 1927 the last two floors are finished and the first owners move in the first three-floor building from Sibiu.
In the 19th century here was the office of the Trade Association Officials settled in 1879, and the buildingds in the back were used by the army as an artillery depot.
The house was owned by the Reissenberger family.
Facing the street, there was Gustav Nussbacher’s factory sausage shop.
During the interwar period, upstairs was opened an electronics shop (radio LUX), and downstairs a candy shop.