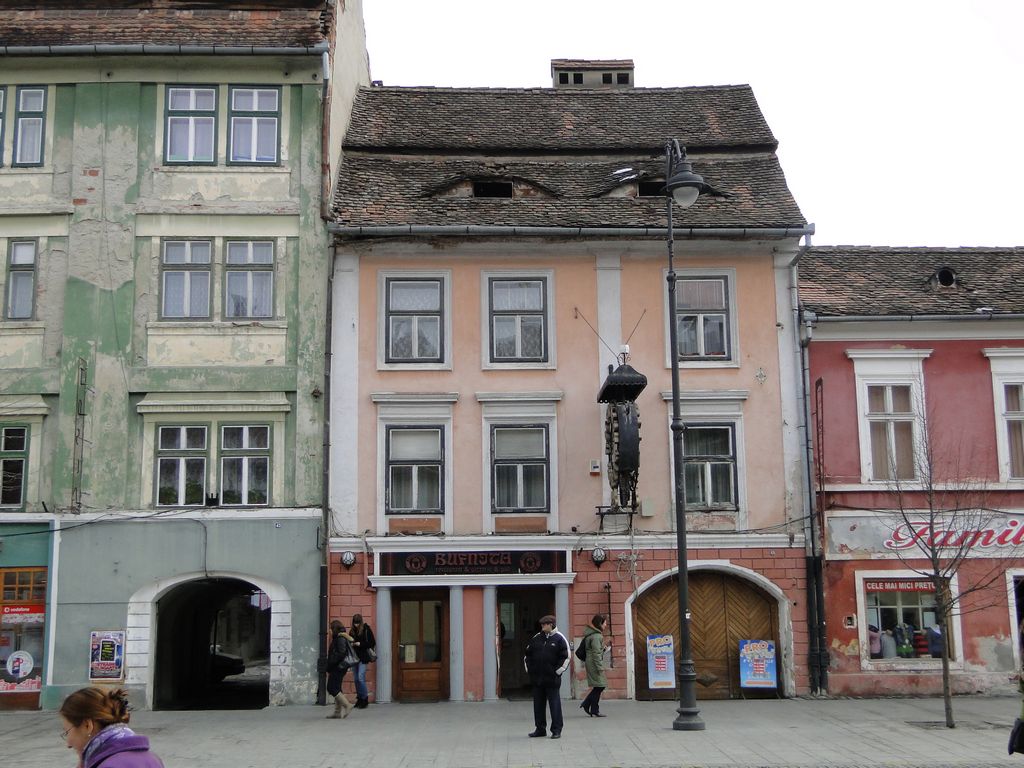 Basement, ground floor and two upper floors building, made up of more wings up to Cetatii Street. The floors are articulated in three axes and so is the ground floor, three windows with traditional joinery, simple framing. Protruding eaves, attic, ridged roof, two eye skylights.

Josef Drexler had a brewery here since the second half of the 19th century.
In 1922 both the building and the restaurant came into the possession of A. Gundisch who changes its name to “La Bufnita” under which it is still known nowadays. It is the oldest restaurant from Sibiu, operating without interruption into the same location and the second oldest, operating under the same name.
Before the First World War in this building operated the Social Democratic Party,  established in 1904.