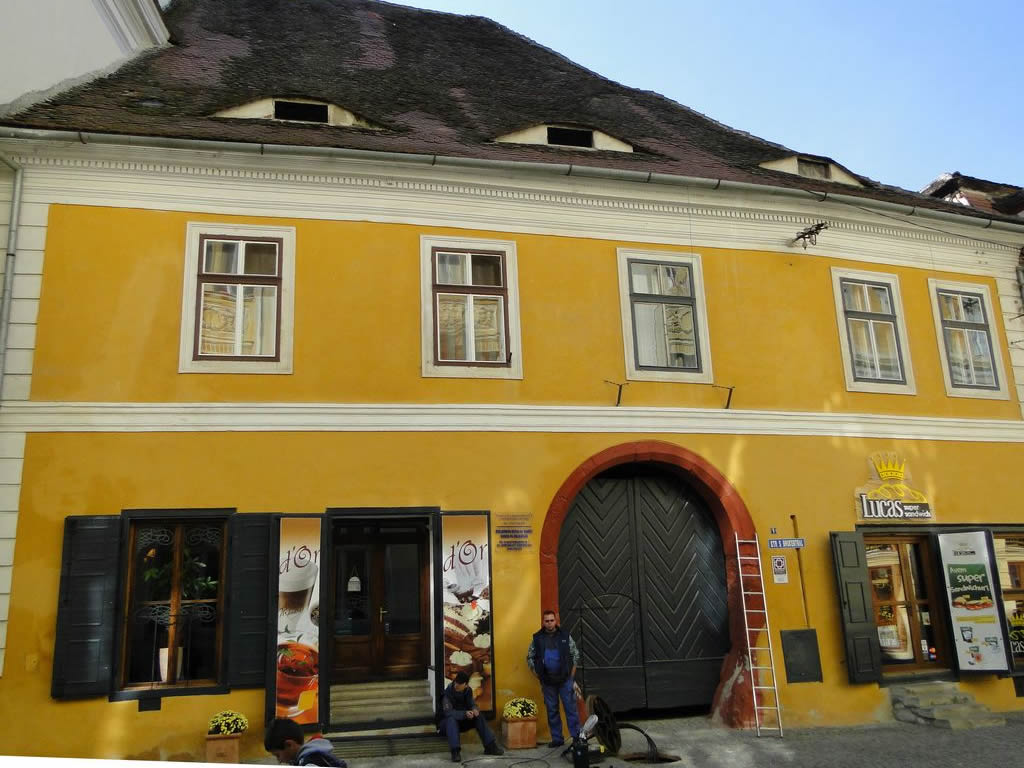 The building was composed of six bodies which form two precincts. The main body, which is formed of a basement, a ground floor and the first floor, has the longer flank looking onto the street. The tall, three-ridged roof has a crest parallel to the façade and displays eye-shaped skylights.

The Mövert House has a stone portal which is part of a wing of the building dating from the 15th century and allows the access into the courtyard through a passage way paved with river stone, with six pile bents arched in the shape of a cross. On the left side, near the gate, there is another Renaissance frame with dentils.

- The Renaissance style framework with denticles in the passageway to the left
- A room at the first floor displays pinholes molding;
- The body to the right of the courtyard bears the inscription “IOH. JORG. REISSENBERGER - ANO 1795”;
- On the right hand side of the passage one can find the access towards the cellar, created by a flaring of the wall, an inscription referring to a rehabilitation (1845- WILHELM REISSENBERGER) and a circular coat of arms made of polychrome stone belonging to prince GABRIEL BATHORY, who occupied Sibiu between 1610 and 1613 and lived here. Bordered by a dragon biting its tail, it is divided in three vertical areas under the shape of tabs. The imperial vulture is represented to the left and the seven towers of Transylvania are represented to the right and in the middle the bore’s fangs belonging to the Bathory family are represented.

The main body dates from the 15th century, having undergone modifications in the 18th century. The body on the right hand of the courtyard was built during the Renaissance period, whereas the body on the left of the courtyard and the transversal body date from the 18th century when the body in the front was also rehabilitated.
The beautiful young lady Johanna Balk, married to the town’s pharmacist - Wilhelm Balk - committed suicide here, having preferred this action instead of being raped by prince Bathory. Johanna’s father was the county administrator of Sibiu, Daniel Melmer (1607-1612)

Starting in 1795 the house was in the property of the Reissenberger family until it was nationalized.
In June 1940 the Visarion Roman Meat and Meat Products Store was opened here by the Scandia Romana factory. At that time it was the most modern food shop because it had refrigerating and modern sanitary installations.