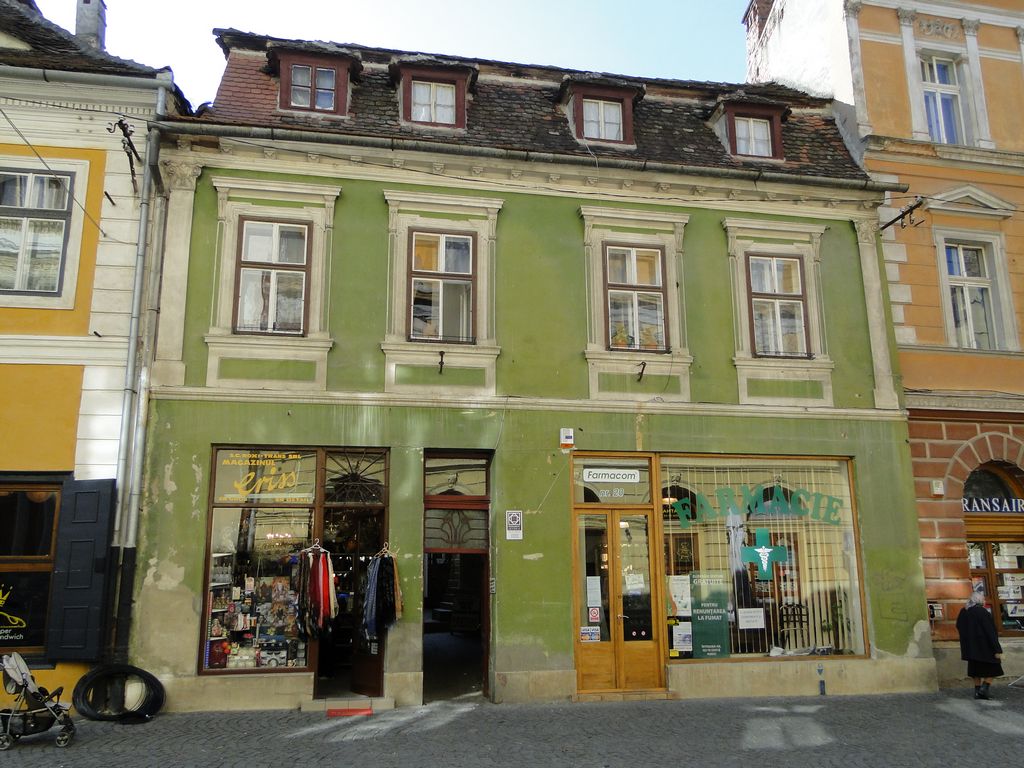 The building is formed of a basement, a ground floor and the first floor. The three-ridged roof, with a crest parallel to the street, has an attic and displays four skylights covered with a three-ridged roof. The semi-cylindrical arched cellars date from the medieval period.

- The wooden Gothic framework in the passageway, with splayed superior corners, made of five sticks clusters intersecting at the corners. It displays three tondos, of which, the one in the middle bears the coat of arms of Sibiu.

The house belonged to the Göllner family, the last of the heirs, Sofie Göllner, sells it to Ludwig Fronius in 1894.
He opened a restaurant at the ground floor which will stay opened until around World War I.