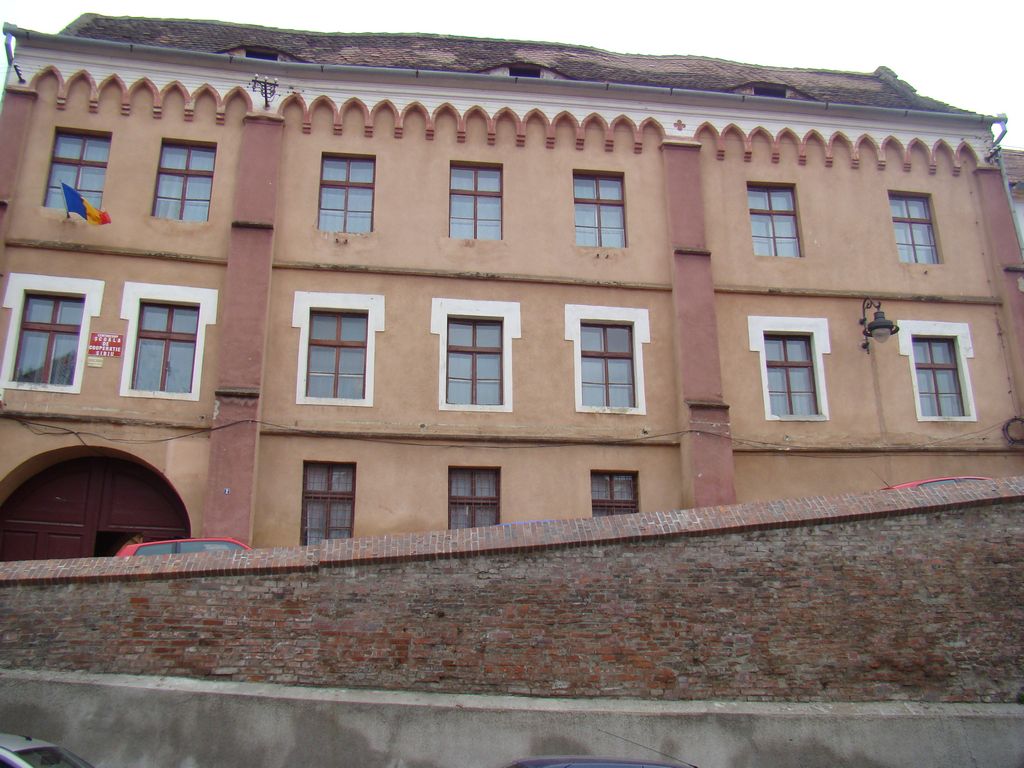 The building has two bodies, of which the main body is formed of a semi-basement, a ground floor and two stories. The façade is structured on three lines, underlined by counter forts on all three levels. At the superior part there is a frieze with ogived arches of Neo-gothic making, the last floor being built during this period. The two-ridged roof has a crest parallel to the street and displays three skylights.

In the second half of the 19th century the building was used by the army Regiment of Hunters until 1892, when it moved in the new building on Calea Dumbravii Street.
After 1892, another floor is added to the building and starting with 1896 it hosts numerous apprentice schools.
The School of Arts and Crafts was founded in February 1925. This school was followed by the Industrial Gymnasium for boys, which was transformed during World War II in a Technical Industrial School. The Centrocoop Cooperation School unwound its classes here during the communist period.