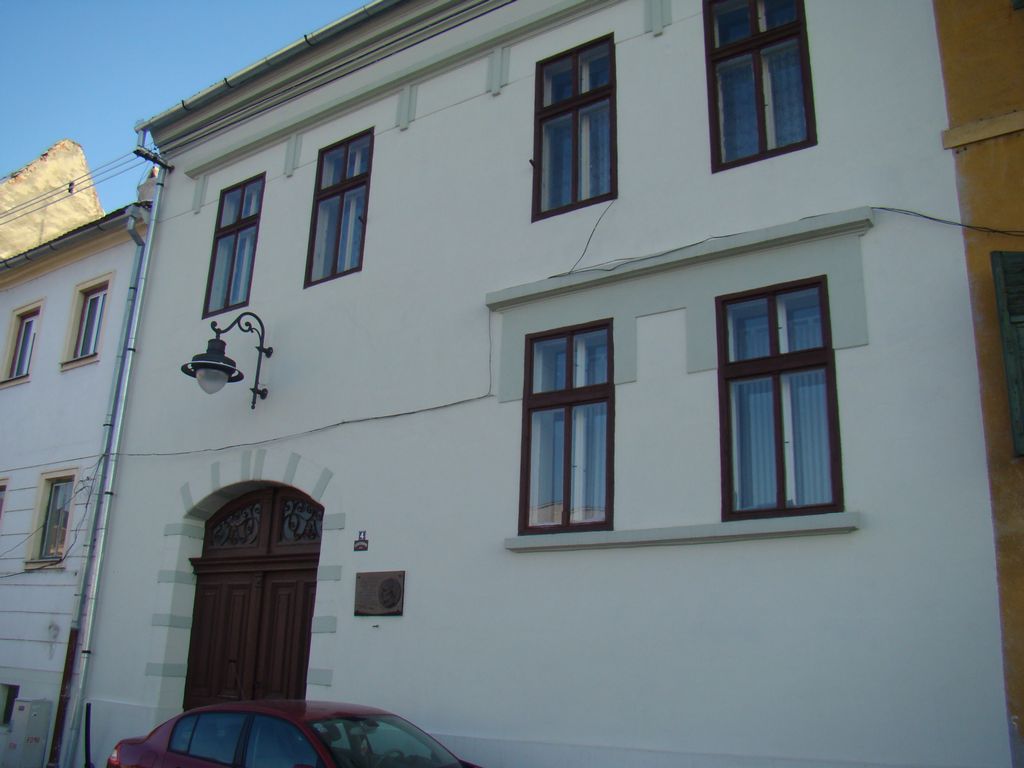 The house is formed of a semi-basement, a ground floor and is one floor high. The façade is simple, with four windows at the first floor and two windows at the ground floor, to the right of the access passageway. The two-ridged roof has a crest parallel to the street and displays two eye-shaped skylights.

The house was built by the Merchants’ Association in Rupea, in the second half of the 19th century. A commemorative plate reads “Milan Holza (1878-1944), a politician and Slovak writer, the Prime Minister of Czechoslovakia, a visionary of the united Europe and a constant friend of Romania, lived here when a student, between 1894 and 1896”