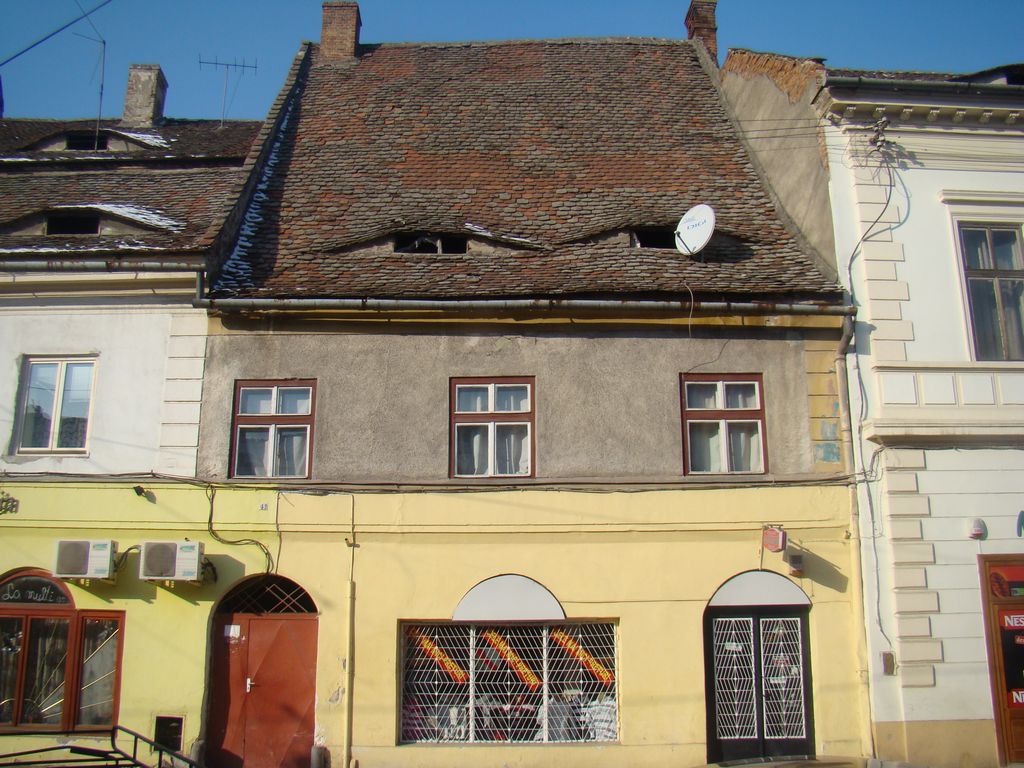 A building with five aisles, the two towards the street being placed in a yard made of two linked parcels. The medieval roof of the right sided aisle is a two ridged high one with the comb parallel to the facade and two eye skylights.

A Hebrew document found in the wall of an upper floor room indicates the fact that it was built in 1628 and it says that here was a guild’s head office.