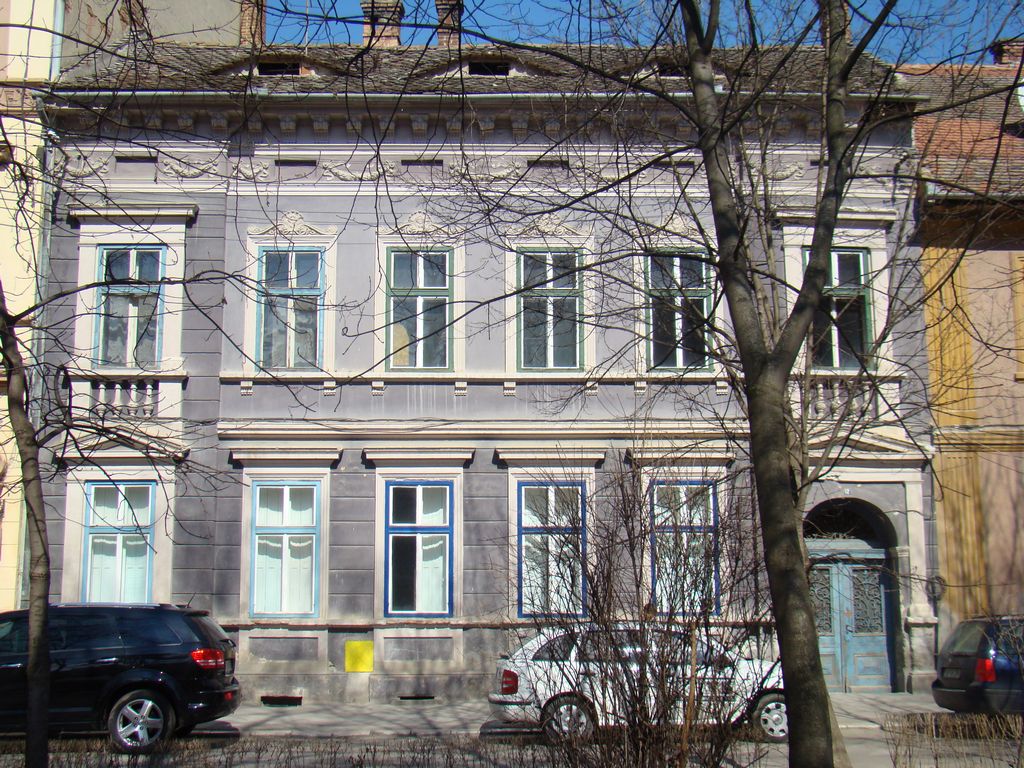 The building is formed of a basement, a ground floor and the first floor, with a Neo-Classic style façade. On the right hand side of the façade we note the arched portal of the passageway. The ridged roof has a crest parallel to the façade and three eye-shaped skylights. The first floor was added at the beginning of the 20th century.

The gate ironware bears the monogram CB, probably the name of the house’s owner, Carl Binder.
The Sibiu branch of the “Builders of Large Romania Club” circle, opened its offices here on December 31st, 1935.