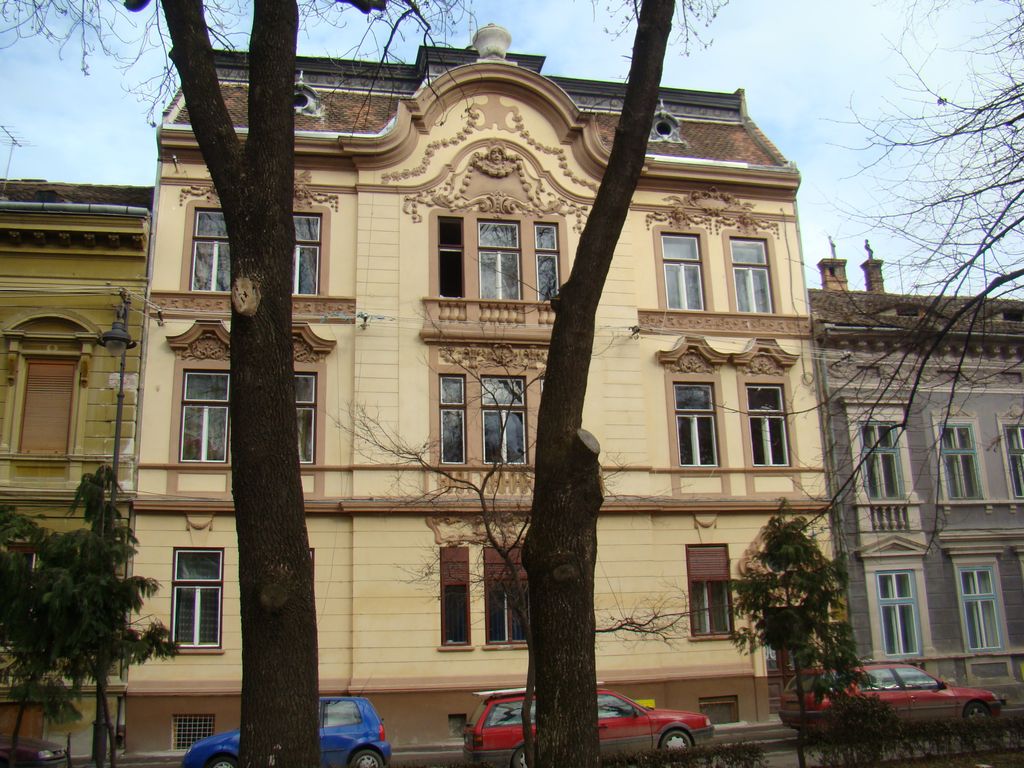 The building is formed of a basement, a ground floor and is two floors high, these two floors having been added at the beginning of the 20th century. The façade is composed symmetrically around a central axle highlighted by a curbed pediment, each displaying two lines laterally. The gabled roof has a crest parallel to the street, its superior part being covered with sheet metal.
The passageway ceiling is decorated with vegetal motifs.