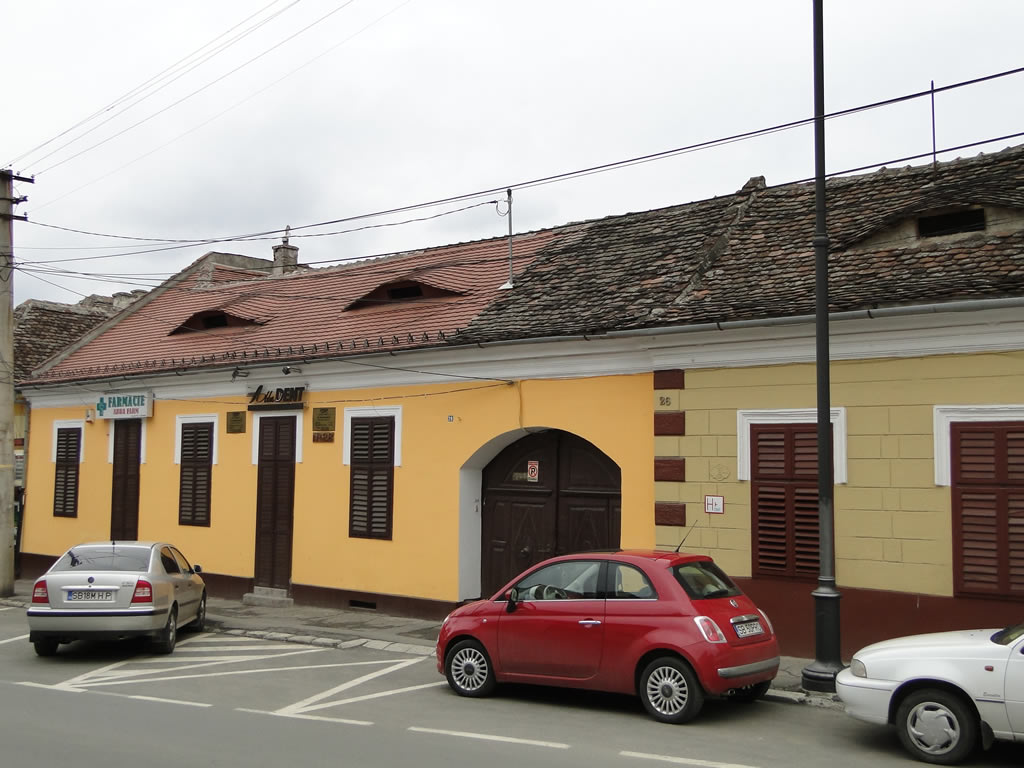 The edifice is formed of two one-story houses. The building on the right has two windows with slat shutters. Its ridged roof has a crest parallel to the façade and an eye-shaped skylight. The building to the left of the circular arc portal presents five windows with slat shutters and a ridged roof with two eye-shaped skylights.

Paul Giebner’s repair workshop for agricultural machines functioned here at the end of the 19th century.