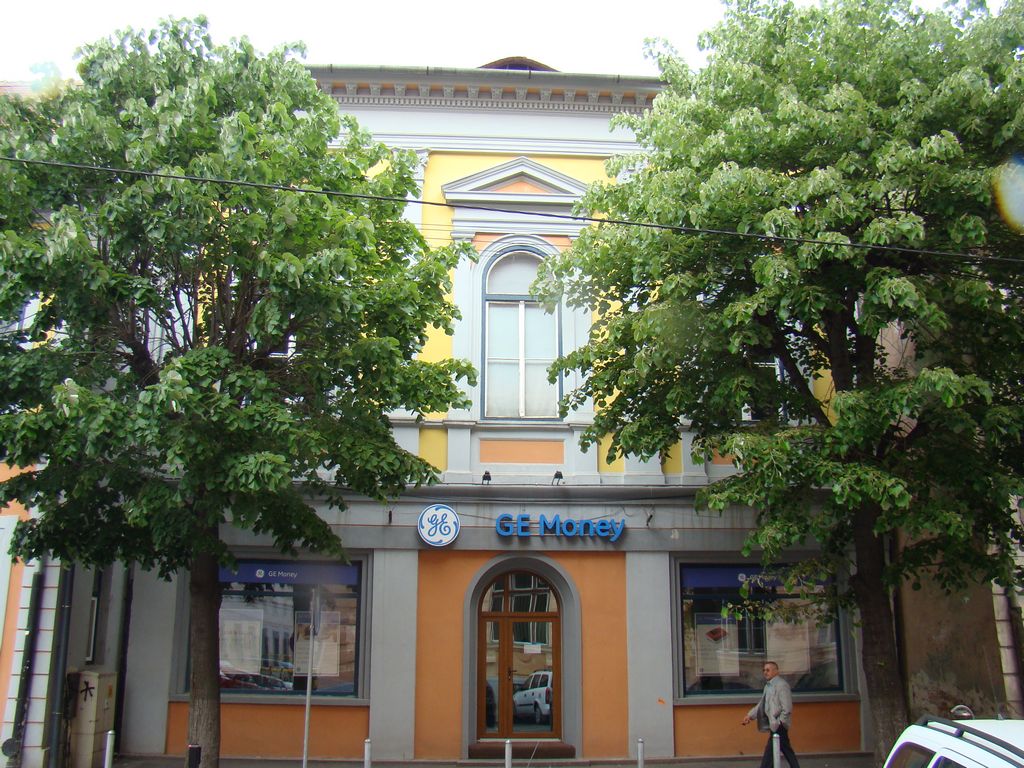 A building which is withdrawn from the line formed by the other houses. The edifice is formed of a basement, a ground floor and the first floor, presenting an eclectic façade. It displays three lines defined by Corinthian column head pilasters. The building has tall windows placed in a semi-circular arch, We also notice the Dorian column heads frameworks, triangular pediments entablements and the parapet adorned with panels. The gutter is sustained by a frieze with denticles. The ridged roof of the building has an eye-type skylight.

- The festive hall at the first floor is adorned with golden plastering, metallic lighting bodies (1894).

The Civilian and Military Casina and the International Casina functioned here starting with 1847. A new dancing hall (the present day Mirror Hall) went into use in 1894. The famous officers’ balls were organized here. The ground floor hosted the Czell & Söhne restaurant, which closed in 1920, when the Civilian Military Circle started to use it.
The Sibiu branch of the Romanian Bank and the Dacia Romana Insurance Company move here in December 1936. The Youth Cultural Club opened here during the communist period. There used to be a ball organized here every Thursday, Saturday and Sunday.