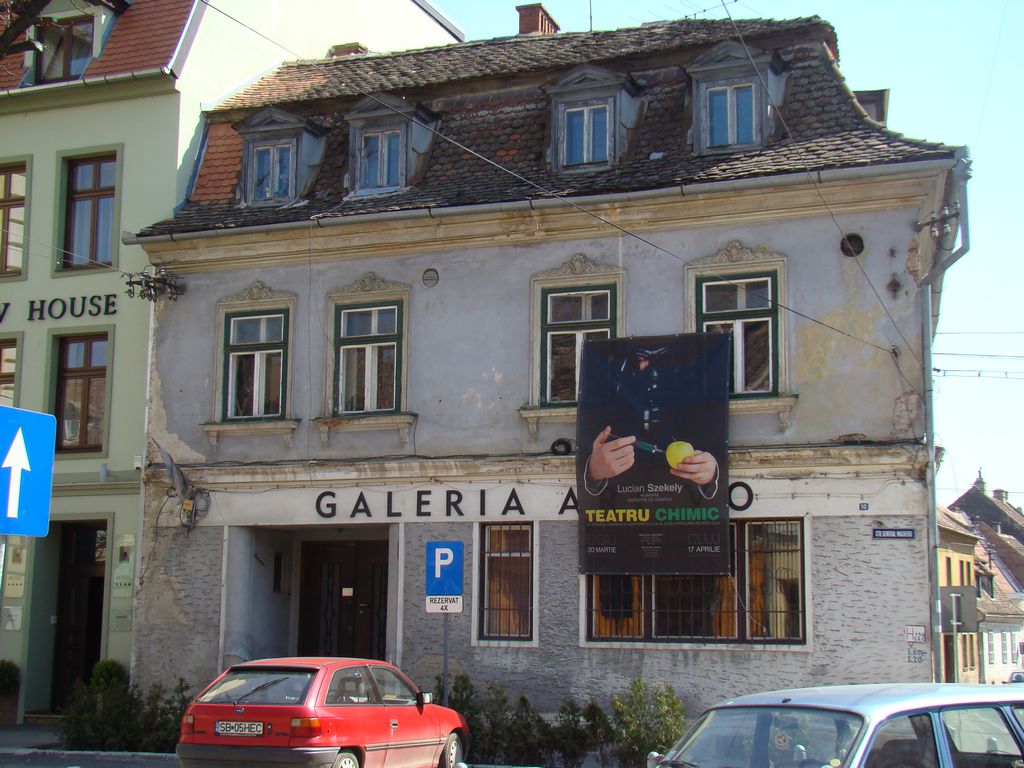 the beginning of the 19th century

The building is adjoined to the edifice at no. 1, Filarmonicii Street. It has a profiled gutter, a two-step roof hosting an attic and four large skylights.

- The windows at the first floor display traditional woodwork and the lambrequin adorned with human masks at the center.

The building served as the offices of the Sewage Department founded in 1894. In the period between the two World Wars it was called the Rex Communal Entrance.