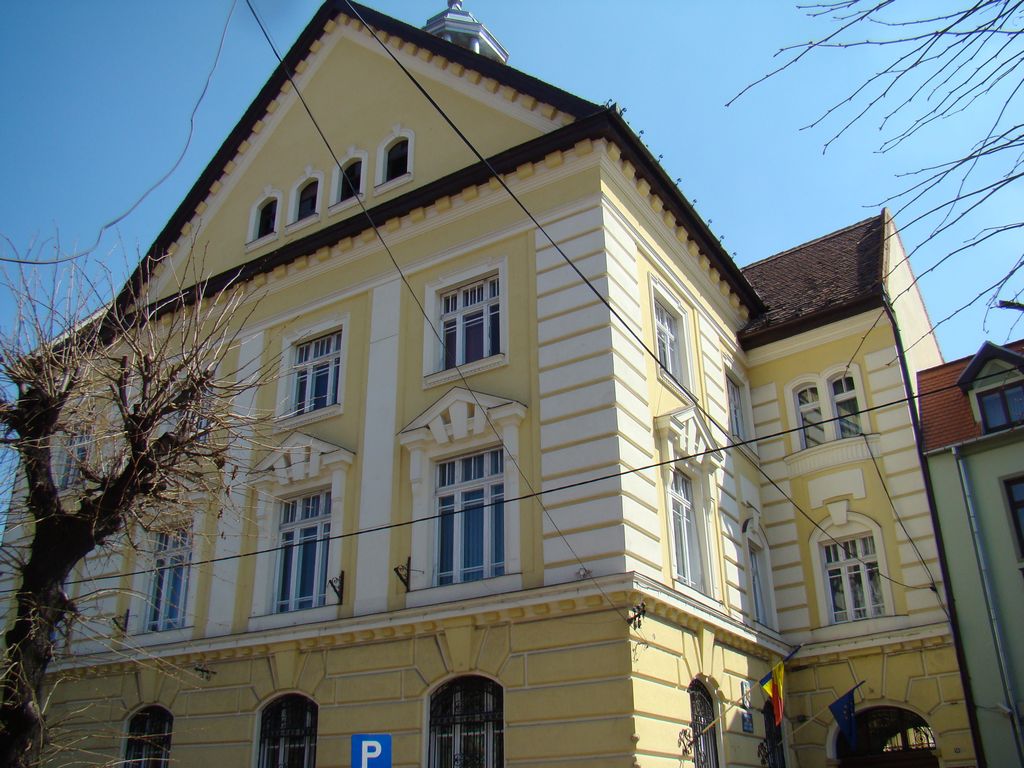 The building was erected on the former location of two buildings. It has a complex plan and is formed of a basement, a ground floor and is two stories high. The ground floor is adorned with horizontal belts and displays tall windows closed with basket handle arches. The windows at the first floor have a complex framework adorned with jambs sustaining an angular superior cornice. The ridged roof has a crest perpendicular on the street. Inside, access to the superior floors is made through a wrought iron railing staircase.
- The eclectic style façade of the building displays a lantern tower with a polygonal plan

It was built by the Austrian-Hungarian Bank to host its offices. It functioned here between 1909 and 1921 when it was liquidated from the territory of Romania. The National Bank of Romania moved here until 1948. At the present it hosts the offices of the County Council of Sibiu.