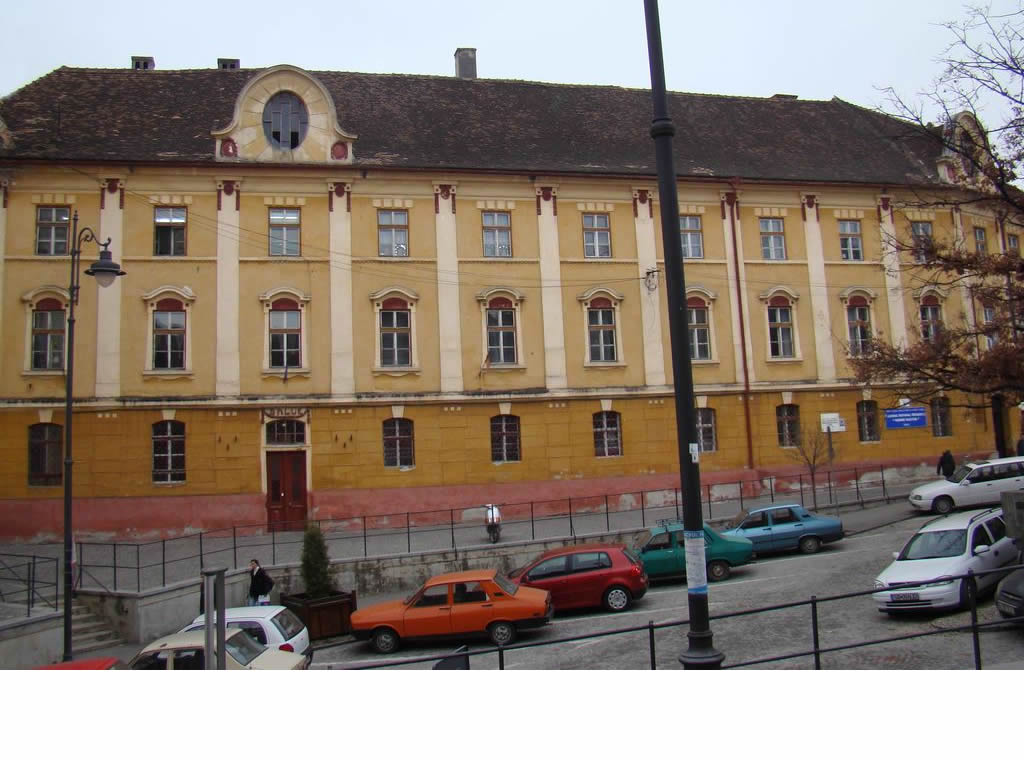 The façade towards General Magheru Street, the result of the joining of two bodies, rises two floors high and is structured on 13 lines. Rectangular windows are found at the second floor, adorned with fragmented segments. The ridged roof has a crest parallel to the façade and two wide, semi-circular skylights. The decorative elements of the façade belong to the eclecticism from the end of the 19th century and the beginning of the 20th century.

- The access door is adorned with a festoon, bearing an inscription reading SALUE (dating from the end of the 19th century)
- Corridors displaying semi-cylindrical arches with penetrations and cross shapes

At first, the church and monastery of the Ursulines was the halidom of the monastery of Dominican monks built in 1474.
In 1543, following the Reform, the German population switched to Lutheranism and the monastery closed down. During the Habsburg period, the church, known under the name of “The monastery church” (Klosterkirche in German) came in the property of the Roman-Catholic cult, being trusted to the Ursuline nuns in order for them to build a girls’ boarding school.
The construction works were finished in 1772. In 1789, the nuns opened the Catholic Elementary School which will become one of the elite schools of the city. The children coming from rich families studied here, their families seeking to educate them in a German environment, according to Jesuit customs.
The building hosted the renowned school for girls until 1949, when it was closed.
The basement of the Ursuline Church and Monastery was used as a bomb shelter and a war hospital during World War II.
During the communist period and until 2012 the building hosted the Andrei Saguna Pedagogical College.