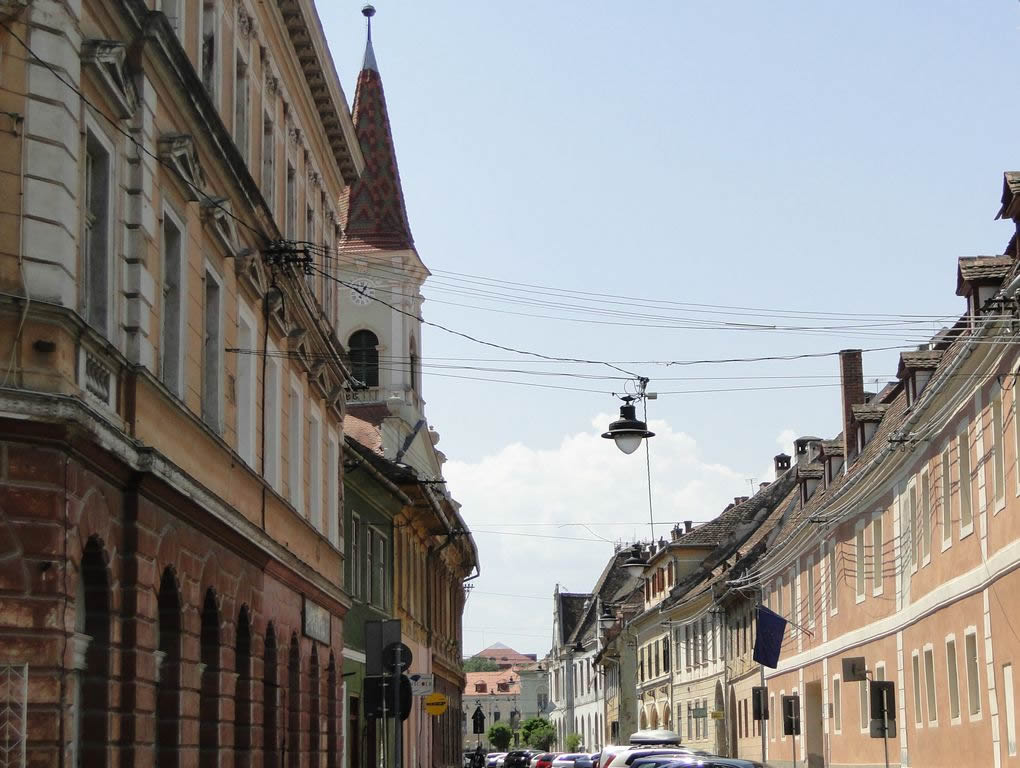 The current Mitropoliei Street, among the oldest in town, was formed together with the 3rd precinct of fortification, first being mentioned in documents under the name of ‘platea carnificum’ in 1494. Since 1751 it is called Fleischergasse and since 1919 has the current name of Mitropoliei.
In the communistic period it was called 1 Mai Street.
In 1743 a pipe fountain is being placed in front of the no.19 house.
In 1869 the street is extended by breaking through the defense wall, up to Saguna Street; the segment from the park to Saguna was called Pasaj Cristea (Durchbruchgasse)
It is the only street in the world where there are three churches belonging to three different religions: Orthodox, Reformed and Evangelical.