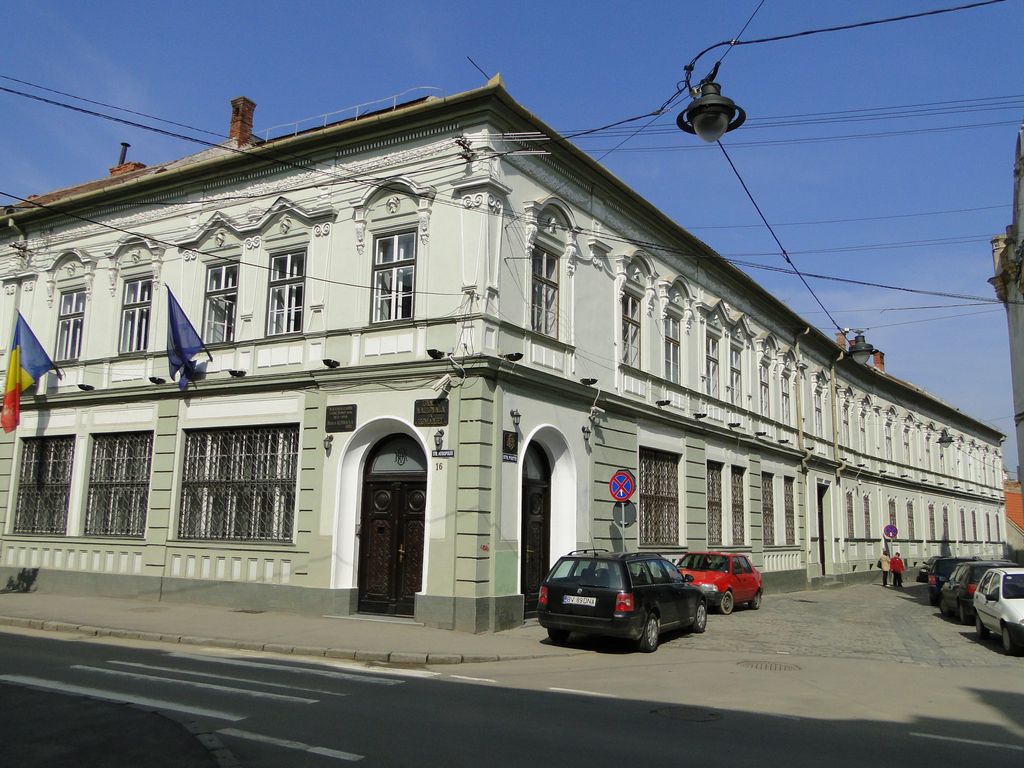 Corner building, found at the intersection of Mitropoliei and Poştei Streets, occupies the surface of two historical parcels. Upstairs it exhibits twelve windows on Mitropoliei and eighteen on  Poştei. The ridged roof of the two wings that intersect is equiped with two eyeskylights.

- The eclectic decoration of the facade consists of stucco capitels and rectangular panels on the ground floor, column frames, consoletes and triangular panels,or curves with masks, frieze with garlands and denticles, framed cornice
- The courtyard flowing, supported on cast iron brackets(1882)

Here was the headquarter of the Albina Bank, which after 1948 will become the headquarter of the Romanian National Bank, the branch from Sibiu. Here lived at the end of the 19th century Cornel Diaconovici and Partenie Cosma, and at the beginning of the 20th century Ioan Lupas. At the end of the 19th century here worked the Romanian Reading Society from Sibiu and since 1895 it is opened inside the bank’s building “the student’s table” which provides a daily free meal to a number of 50 poor students. Among the students who benefited from these services it is worth mentioning Octavian Goga, Ioan Lupas, Andrei Oţetea or Dumitru D. Roşca.
The School for Home Economy and Industry (the Cleaning School) was opened in 1905.