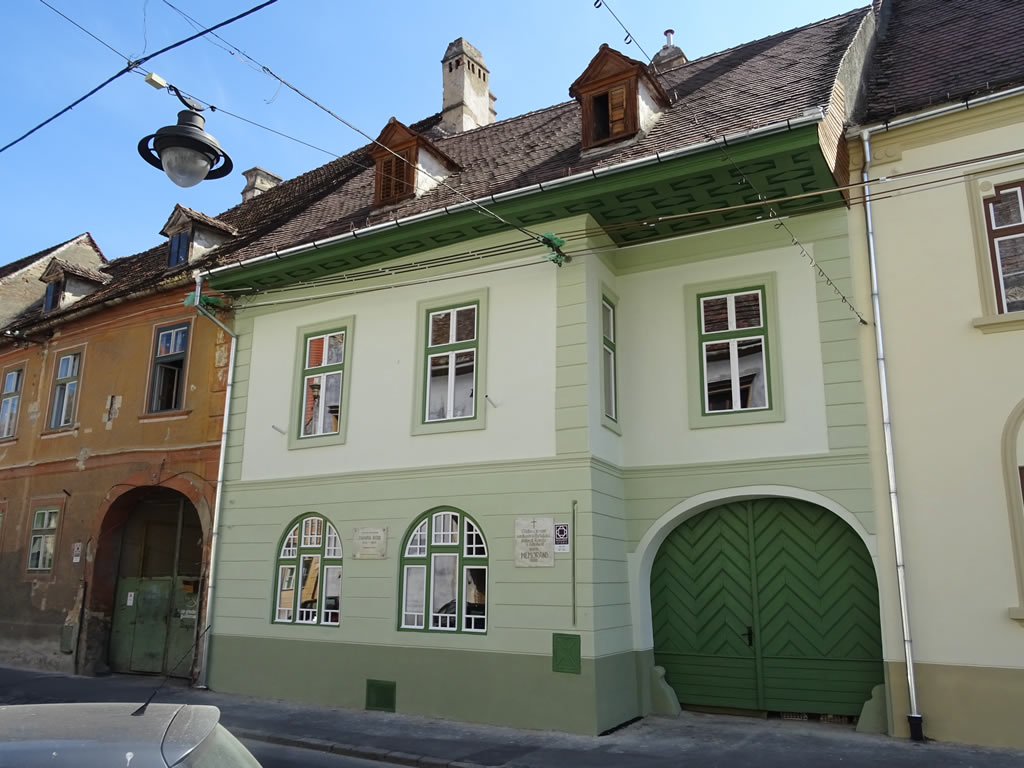 Basement, ground floor and upper floor building, with the facade on two bays, on the right there is the basket handle corridor portal with two stone terminals and the Baroque gate (restored). The ridged, rectangular roof with the ridge parallel to the facade exhibits two high, ridged skylights.

On the facade there are two memorial paques attesting that here lived “ZAHARIA BOIU (1834-1903) EDUCATOR AND POET”  and that in 1892 “THE ROMANIAN NATIONALPARTY LEADERSHIP DEFINIED THE GRAND MEMORANDUM” (it is thememorandum sent to emperror Franz Joseph in 1892).

Here lived during 1863 -1903 the poet Zaharia Boiu who was also the owner of the house.
Here also was Tribuna editorial (since November 1890 until 1896 when it moved to Quergasse 15)
Here will be held the National Conferences of the Romanian National Party from January 1892 until July 1893. Also here will take place the meeting of the P.N. R. Leaders from March 25th -26th 1892 for setting the text for the Memorandum.
Also here worked Tribuna’s Typographic Institute (established in 1890) until 1896, where were printed the 7500 copies of the Memorandum.
Also here Tribuna will open in 1893 the first Romanian bookshop from Sibiu.
During the interwar period, the space will be occupied by the Vocational School of Girls from Dealului later called the Household School.