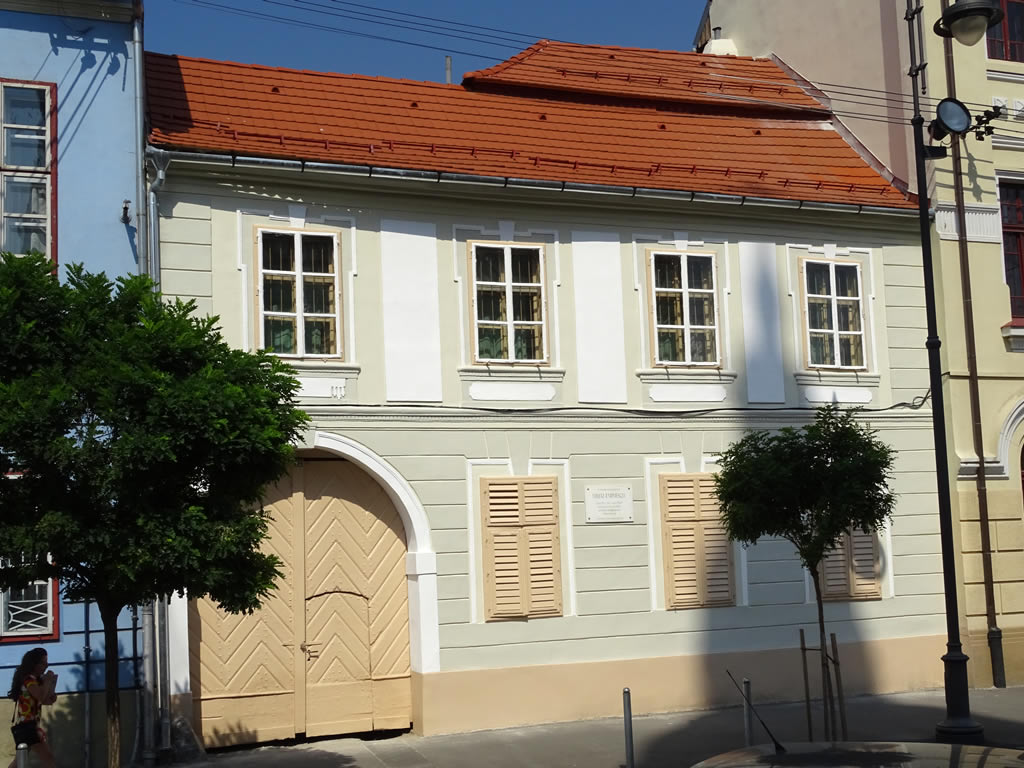 - A commemorative plaque unveiled in 1964 indicates that  “Here stopped on 18th -30th  of June 1868, Mihai Eminescu who was passing through Sibiu with Mihai Pascaly’s acting troupe”
- In the yard there are four stone crosses sculpted in the 18th century, brought from the’ Biserica Bunavestire’ cemetery from  Brosteni,  Pauca village. They are declared historical monuments.