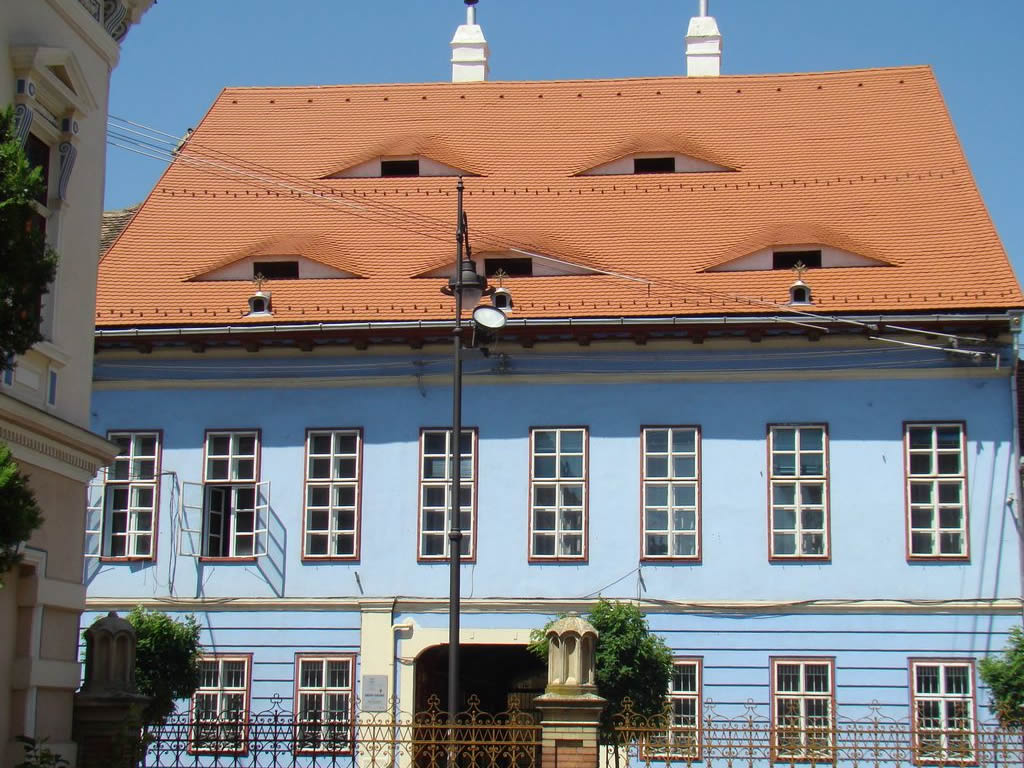 Basement, ground floor and upper floor, displays eight axes upstairs and a central access corridor to the courtyard. The ridged roof displays four eye skylights and three vents. It is worth remembering the traditional carpentry windows.

- The access corridor was painted with religious figures by the end of the 19th century. In the patio there is a resting pavilion decorated with biblical images.

The office of the Orthodox Metropolitan, built in 1826 by the Wallachian nobleman Constantin Sechelarie on the place of the Wrede house. After Sechelarie’s death in 1840, his brother rents it to an Institute educating high-class girls and after that it is bought by baron Apor.
The building was bought by Andrei Saguna from the baron Apor in 1852. Originally, it served as a boarding for theologian students. Since 1858 it became the episcopal residence, and since 1864 arhiepiscopal residence.
Here died the metropolitan Andrei Saguna on June 28th 1873.
In September 1876 here was hosted at the metropolitan Miron Romanul’s invitation, Romania’s prime-ministe Ion C. Bratianu who came to Sibiu to talk to Austria’s Emperror  Franz Josef who was visiting Transylvania.