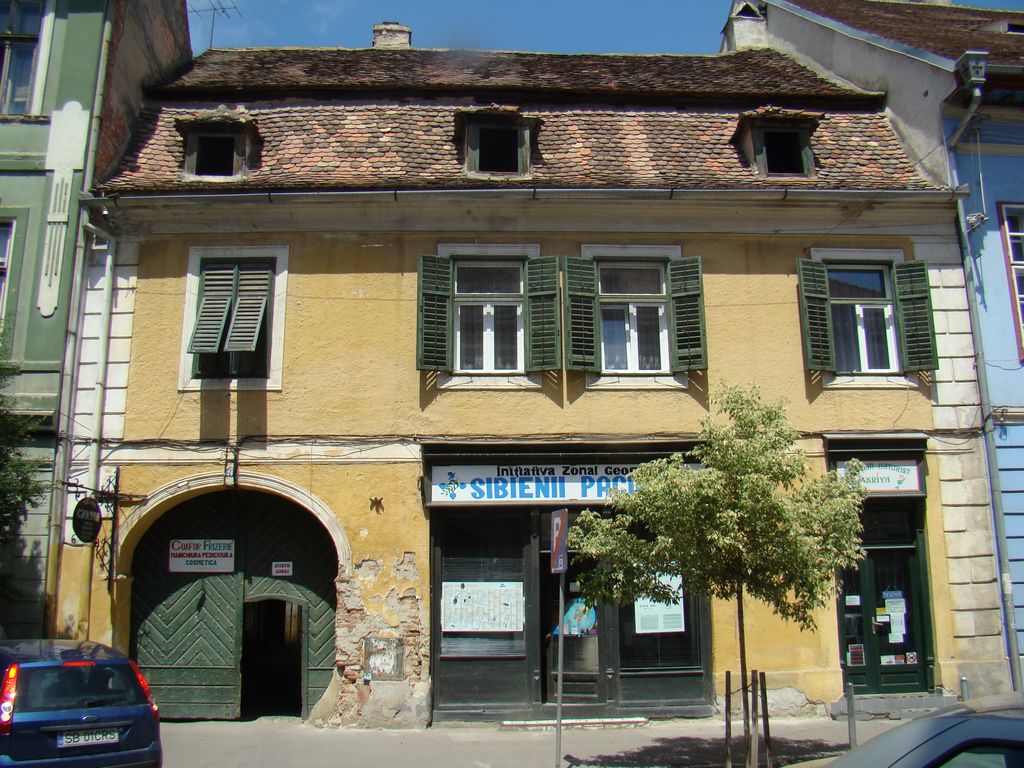 Basement, ground floor and upper floor building, exhibits four axes upstairs and an access corridor on the left. Ridged, attic roof, with the ridge parallel to the facade has three ridged skylights. The cross-vaulted corridor displays three arch niches. The cellars under the street wing are barrel vaulted (16th century).

The shop window with wooden frames from the ground floor  (1906)

At the end of the 19th century building was used by the army.