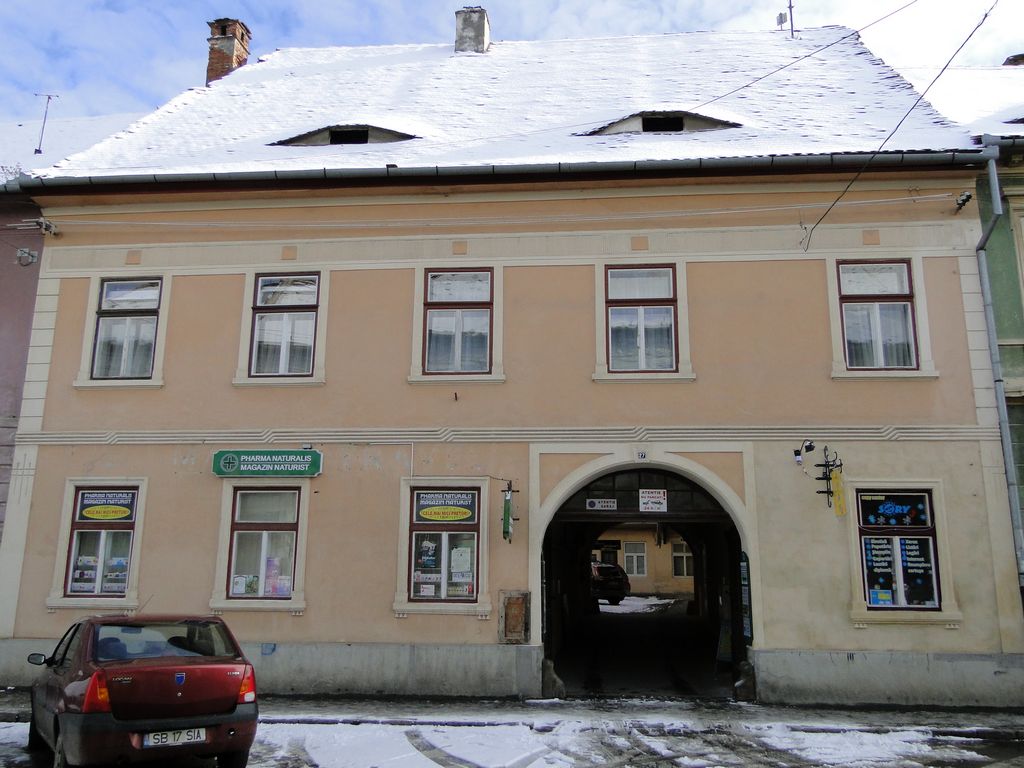 Basement, ground floor  and upper floor building, with five axes on each level, has an arch portal of the unbalanced gang. The gate with geometrical decoration displays on fretted surfaces, closed with metal grid and glass. The frames are profiled on the ground floor and with columns upstairs. The two floors are separated by a twisted belt, and above the floor windows there is a square miling which marks their axis. Ridged roof, with the ridge parallel to the facade displays two eye skylights. The staircase exhibits Baroque stucco.

There is a Gothic triangular pinion kept towards the no.25 house (16th century)

Here lived as a refugee in Sibiu the nobleman  Dimitrie Aman (the father of the painter Teodor Aman) in 1821-1822, at that time the house belonged to Mathia Pilder
Towards the end of the 19th century and until the First World War, the house was used by the army, here operating the Market headquarters.