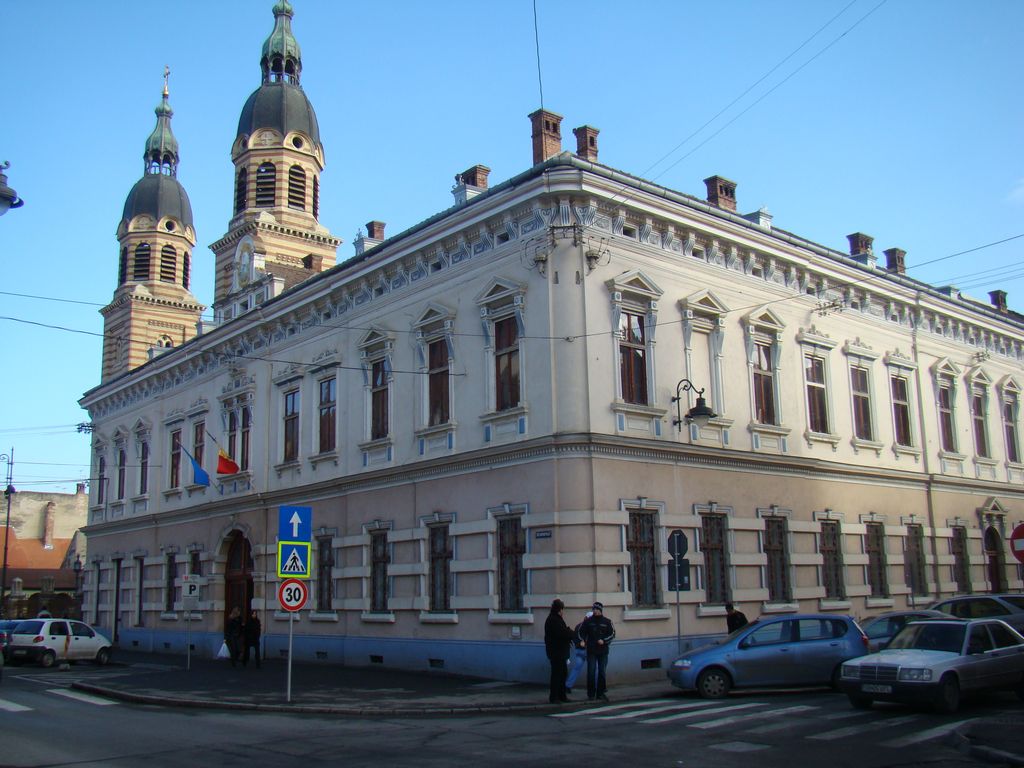 The building occupies a corner position at the intersection of  Mitropoliei and Tribunei Streets and it is made up of basement, ground floor and upper floor. The facade towards Tribunei (15 axes divided by three) displays in the central axis the entance to the building. The corridor with a straight ceiling is decorated with five pairs of pilasters.

- The decoration of the facade: window frames, joined downstairs by bundles of three belts, dividing cornices between the levels,surmounted frames by cornices supported by consoletes, with triangular gables in front of the jutties and a gable situated above the central axis made up of curved segments, boarded with volutes, with fluted pilasters which have in the middle  Andrei Saguna’s hatchment,under which there is written the year of the construction

Tipografia Arhiodicesei’ Bookshop established in 1850 by Saguna, comes from 26 Wintergasse. It is the oldest operating printing house from Romania.
Romanian’s Telegraph editorial.