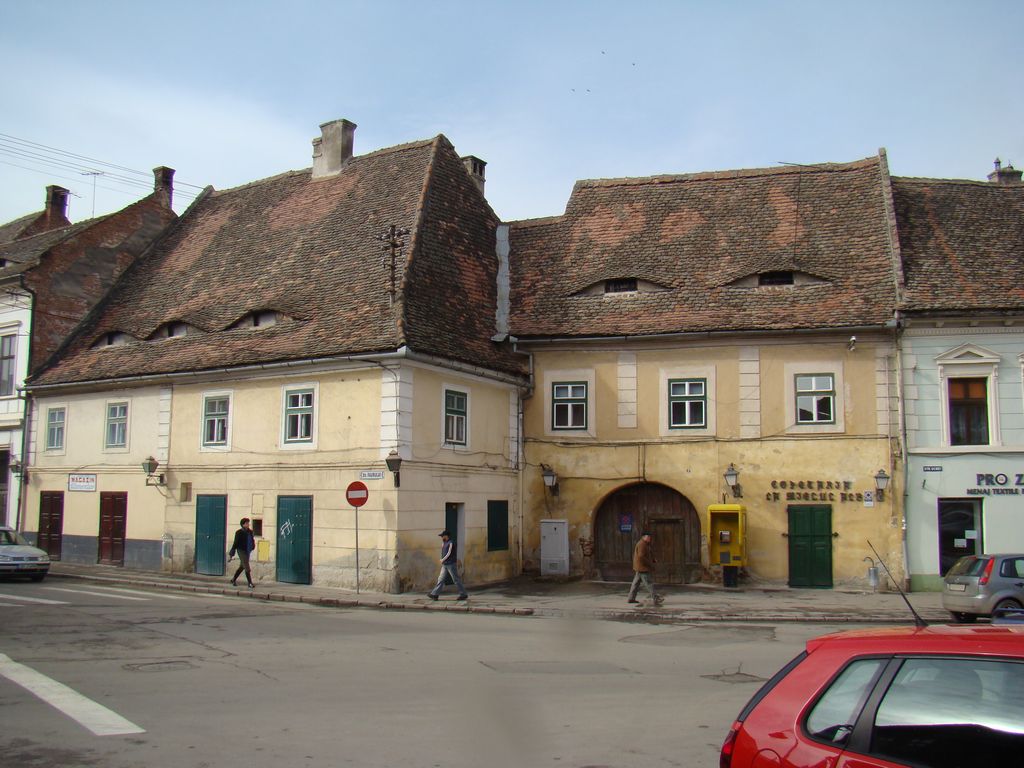 The ground floor and the upper floor construction is expanding on an ample rectangular plan which encloses a patio.
The courtyard access is made through a covered corridor. The access upstairs is made on two exterior stairs, in a balcony that surrounds the patio.
Down stairs, the interior is decorated with very beautiful domes with cross penetrations and simple cylindrical vaults.
The building has a withdrawn facade with a vaulted corridor through one enters an enclosed area. A vaulted passage allowed the passage of the carts into a second yard used as a parking lot.

The house was built at the beginning of the 17th century, having a ground floor and an unfinished floor (the floor was built a century later)
At the beginning the ground floor served as a storehouse; in the 17th century, the entire building was transformed into an inn ( “La Mielul Alb Inn “/ “At the White Lamb’s”/” ZUM WEISSEN LAMM”).
Some sources suggest that the west side of the building served at first as a chapel.
The ground floor from the street had many trading estates. Here could be found clothing shops, shoe shops, groceries, a sewing machine and bicycles warehouse (opened in 1926),  the showroom of the Theil sausage factory.
In the inter-war period here operated a restaurant, the building was bought by  the Trei Stejari Brewery.
The garden restaurant was called “La Mielul Alb”, and after the nationalization it was transformed into Cindrelul Buffet which became a confectionery in the ’70s.

It is said that around the ‘50s a woman was deadly hit by a stucco which came out the building and had the shape a horse. It happened a day after the fortune teller predicted her that she would die hit by a horse.