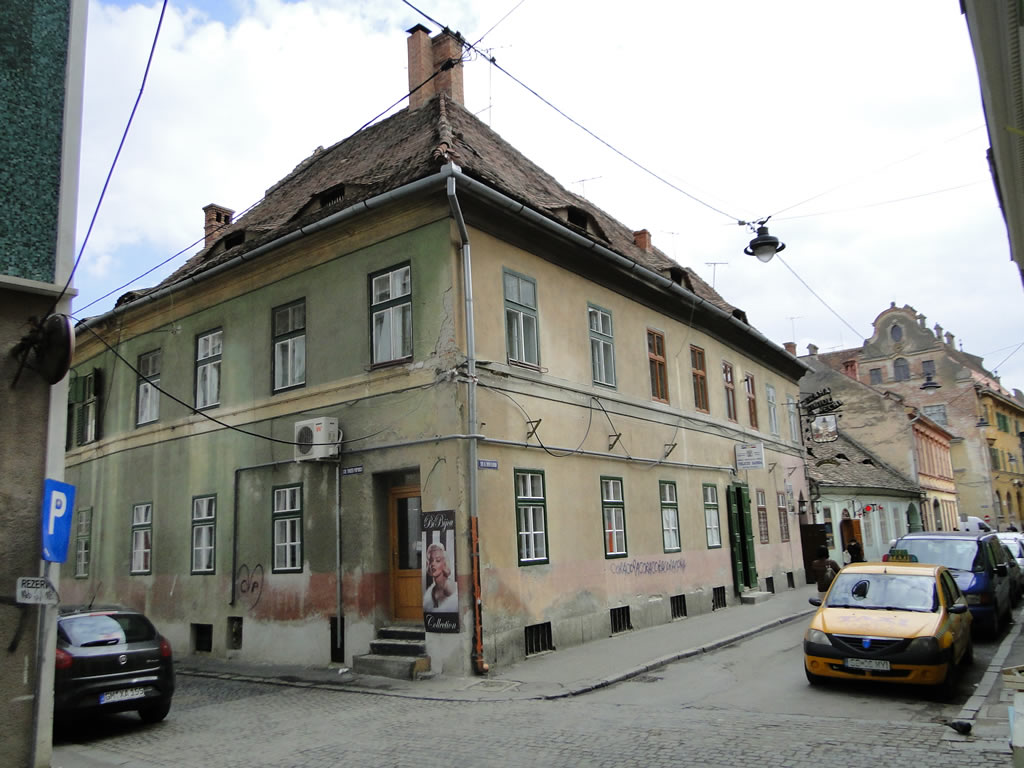 The edifice was built at the same time as the house at no. 21 on Timotei Popovici Street, at the middle of the 19th century, on the location of a single story older building and presents a closed precinct. The building has a basement, a ground floor and is one floor high. The two-ridged roof, has a crest parallel to the façade and three eye-shaped skylights.

- A semi-cylindrical arch made in brick is displayed in the basement of the building. (15th – 16th century).
- The gallery in the courtyard has a metallic railing and wrought iron consoles (19th century)

Until the end of the 19th century, the building hosted the Imperial and Royal State Lottery.
Starting with 1907 and until World War I the building was the Chancellery of the Honved Infantry Brigade.
After the war, in the ’20s, the building was purchased by the National Insurance Company, which established its offices here until 1935, when it moved to the adjoining building situated on T Popovici Street.
At the beginning of the ’20s, the cellar was transformed in a restaurant, and the last line at the ground floor then became the entrance door. Until March 1938 it bore the name of Thomas Cellars and in January 1938, Hans Schuster changes its name into “Sibiul Vechi” (The Old Sibiu), the name enduring until the present day