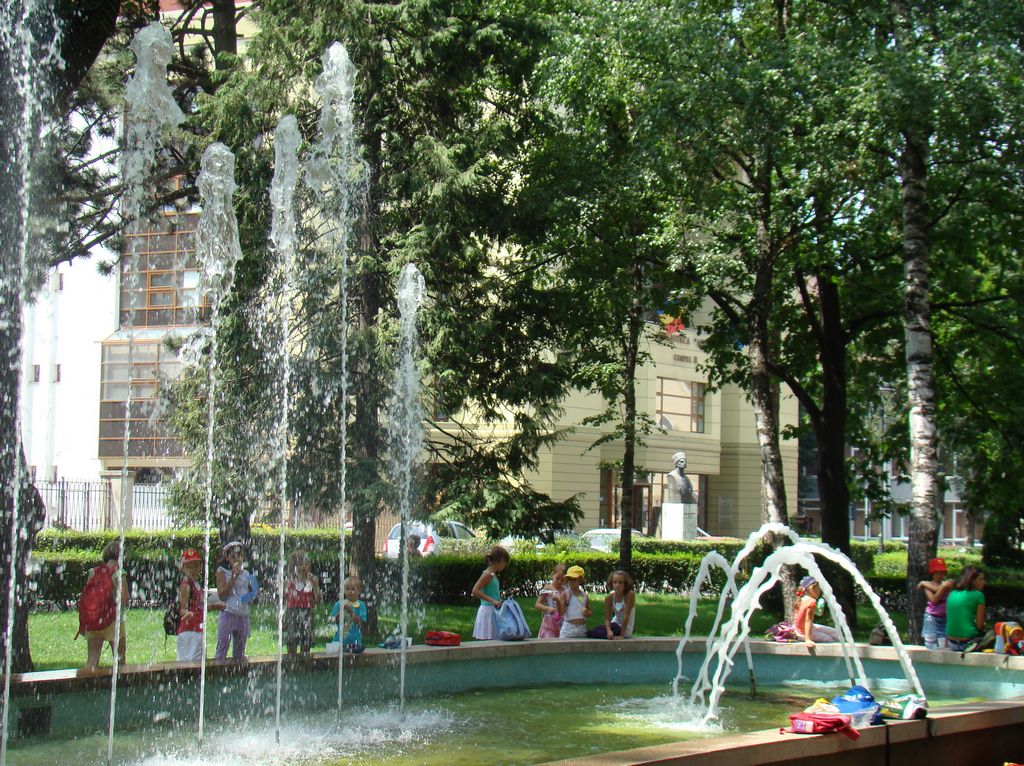 The park is situated in the heart of the city, delimitated by Mitrpoliei Street, George Baritiu Street, Ioan Lupas Street and the Unirii Square.
The idea of founding a park following the demolishing of the city walls on this side dates from 1869 and was implemented in 1879, along with the founding of the Society for the city embellishing, the park being the first notable accomplishment of this society.
The park hosts 11 busts of the most important Romanian personalities grouped around the association with the same name: Gheorghe Baritiu, Badea Cartan, Timotei Cipariu, Octavian Goga, Gheorghe Lazăr, Andrei Mureşanu, Andrei Saguna, Ioan Slavici, Emanuil Gojdu, Al. Papiu Ilarian and Iacob Bologa.

The bust of George Bariţiu, Astra Park
One of the works of sculptor Oskar Späthe which was inaugurated in 1912, the bust was initially placed in the courtyard of the Astra Civilian School for Girls. In 1924 the bust was moved to its nowadays location.
One of the founding members of the Romanian Academy (1867), George Bariţiu is also the founder of the Romanian journalism in Ardeal, a historian, a militant for the national emancipation of Romanians from the Austro-Hungarian monarchy.