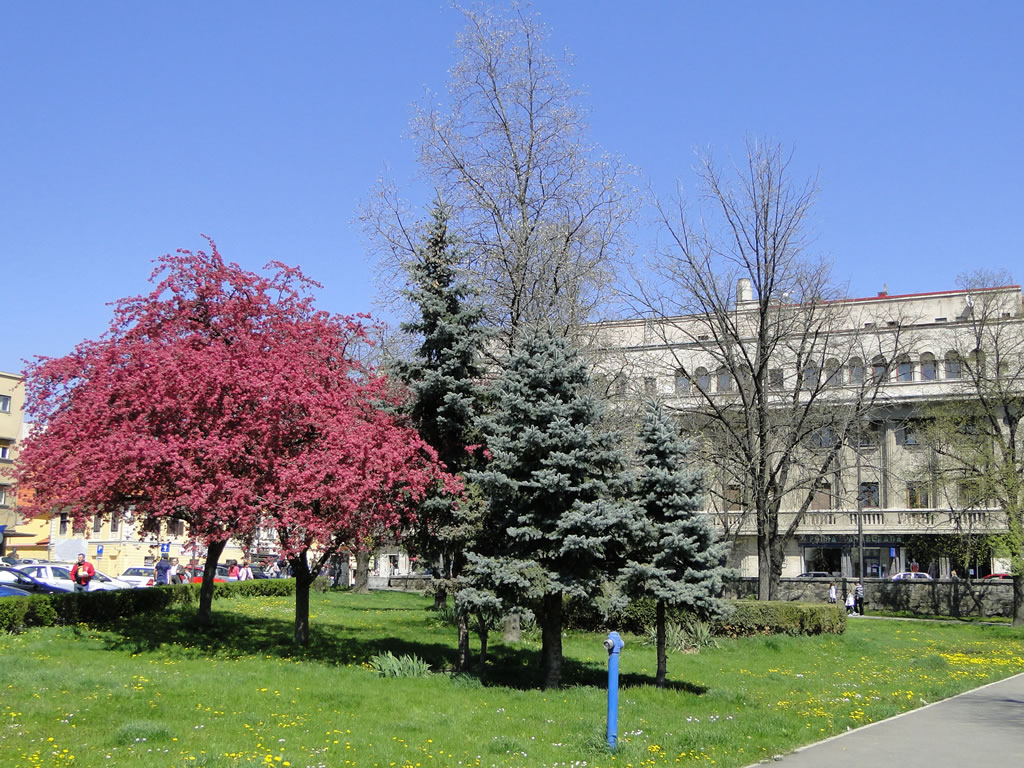 Unirii Square is situated in the area of the former gate of Cisnădie, which was built at the western end of Cisnădiei Street (today Nicolae Bălcescu Street) and which connected the Upper Town with the former Iosefin district.

The Radu Stanca National Theatre
The present day Art Deco style building dates from 1937 and was built near the movie theatre which opened in 1917. It was called the Apollo Movie Theatre.
In 1949 this movie theatre closed and then started the construction works for the transformation of this building into a theatre hall, after the old city theatre (the present day Thalia Hall) was destroyed in a fire in February 1949.

Before World War I, the city wood storehouse moved on the present day location of the Cultural Hall, after the demolishing of the gate of Cisnadie and the bastion.

Buildings which no longer exist:

Barracks 90
The construction of the infantry barracks started in 1792 and was concluded in 1807, having costed over 100,000 guldens. The building of Barracks 90, such as it was known after having been called Infantry Regiment 90, which was stationed here between 1919 and 1920, was demolished in 1986. A parking lot functions today on the former location of the barracks.

The Venice Garden
One of the most popular summer gardens in Sibiu existed in 1938 on the present day location of the Dumbrava department store. Famous artists of that time were invited here every year and held recitals every evening. Thus, in 1941 locals could hear Maria Lataretu sing, in 1943 Mia Bria sang here and in 1944 Ecaterina Raceanu was also invited. The garden ceased its existence in the ‘70s.