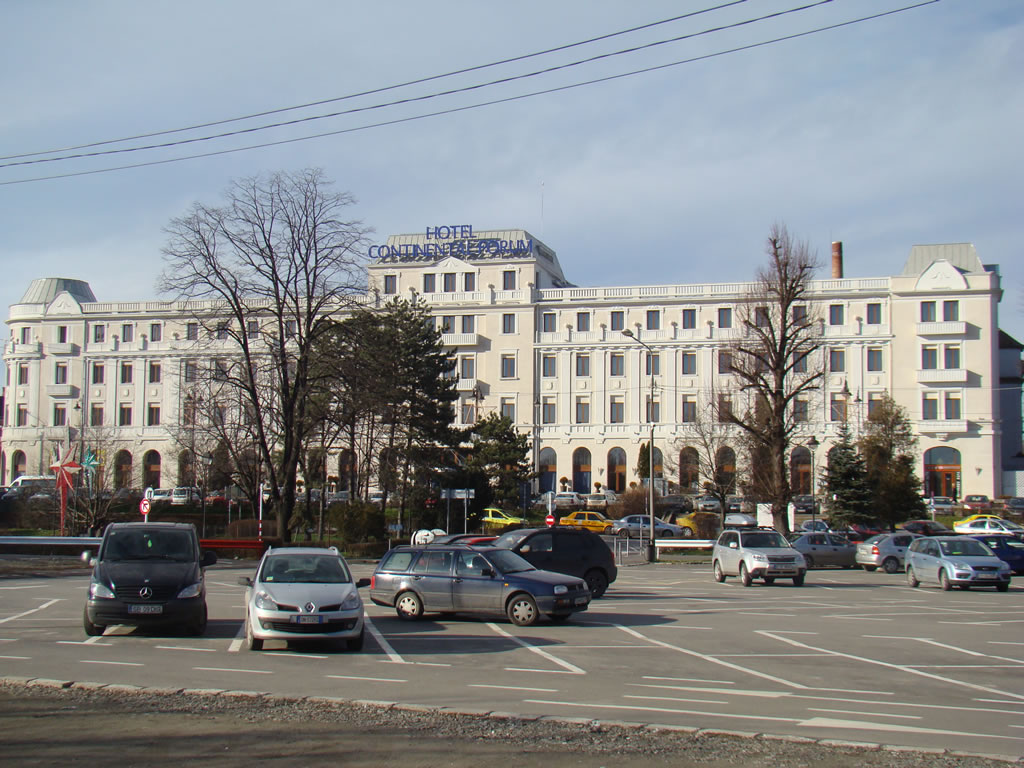 In August 1912, the Romanian Consistory decided to build a hotel at the corner of Saguna Street, near the Habermann Palace. The entire lot was owned by the Orthodox Church which purchased it from Habermann’s descendants around the year 1910.
The hotel was inaugurated in March 1914. Between 1915 and 1923 the hotel was known under the name of Europa.

During the period of the Directing Council of Transylvania (198-1920), the hotel will host a part of the members of this Council, such as military and civilian delegations who visited the city during that period.

In the winter of 1940-1941, for a short period of time, a part of the students of the University in Cluj were hosted here due to the lack of boarding spaces. During the period in which the University in Cluj functioned in Sibiu (1941-1945), the Bulevard café was the meeting place of intellectuals from Ardeal.

The wing on the right dates from 1876 and was known as the Habermann house.
The famous Habermann Café from the ground floor was frequented over time by George Cosbuc and other intellectuals. The journalists of daily newspaper Tribuna and other intellectuals met here every Friday.
The Great Beer Hall (Habermanns Grand Bierhalle) opened on June 3rd, 1884 at the corner of this building looking onto the park. Around the year 1910 the building was purchased by the Roman Greek-Orthodox Consistory.