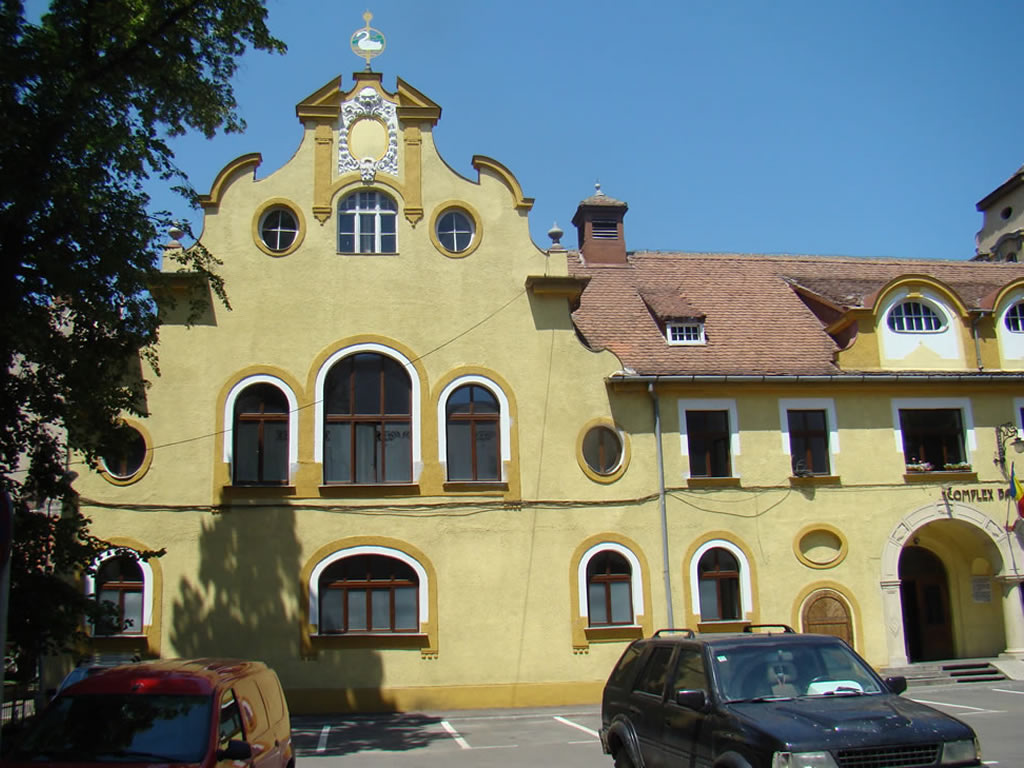 1904
Situated in the center of the city, behind the Continental Forum Hotel, the building hosting this complex is one of the oldest constructions of public use in Sibiu, included on the list of historical monuments in Romania.
The idea of building a bath which would be accessible to the wide public belonged to dr. Carl Wolff at the end of the 19th century. The General Assembly of the Romanian Savings Bank made this idea its own and supplied the means for the execution of the construction works out of its reserve funds. The building was erected on the location where the first stearin candle factory in Transylvania functioned starting with 1840, having been subsequently moved on Turnului Street.
The construction is the creation of Karl Hocheder, a professor of architecture at the Technical University in Münich. From a stylistic point of view, it combines shapes belonging to the Baroque with elements characteristic to the end of the 19th century and the beginning of the 20th century (the so-called Münich Baroque (the “Münchener Barock“)
The inauguration took place on December 11th, 1904.