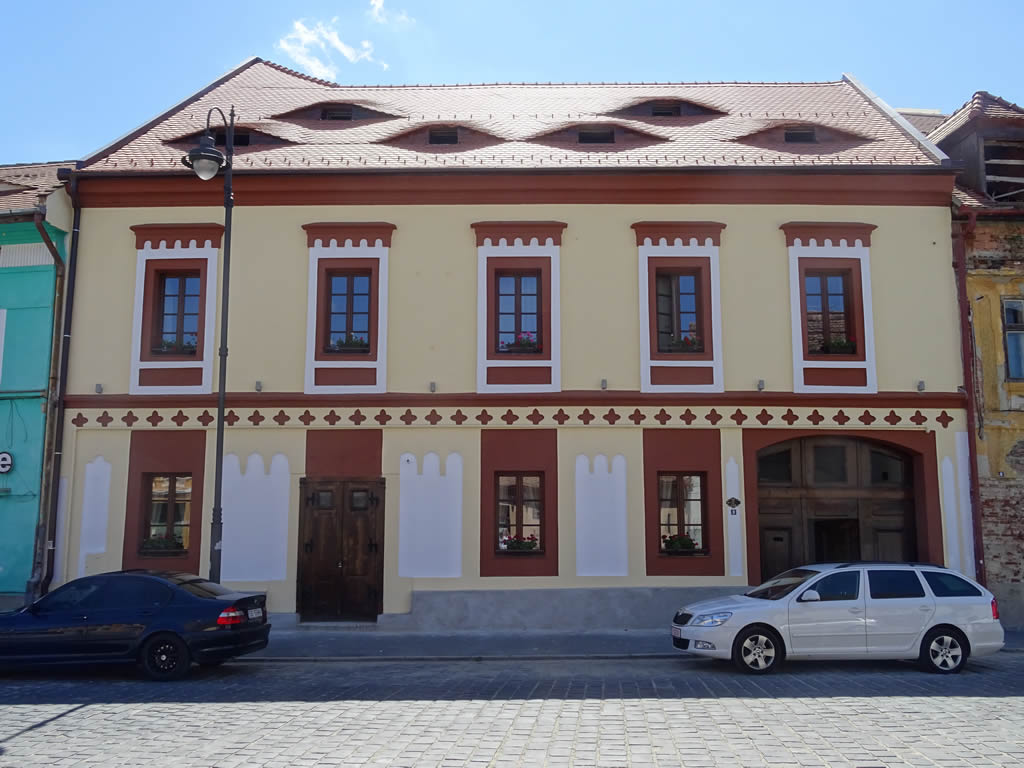 second half of the 19th century

Ground floor and upper floor building, with the facade on five axes, with the arc gate on the right. The windows on the left, upstairs have slats shutters, the ridged roof, with the ridge parallel to the facade has five eye skylights on two rows. Downstairs, there are cross-vaulted rooms (17th-18th century).

Since the beginning of the 20th century the house went into the property of the  Gündisch family. After the First World War Peter Gündisch opens Gündisch Hotel-restaurant. In 1939 it was a 2nd category restaurant.
After the Second World War it appears under the name of Lido Restaurant (Aurel Lazea’s former Casa Plugarilor).