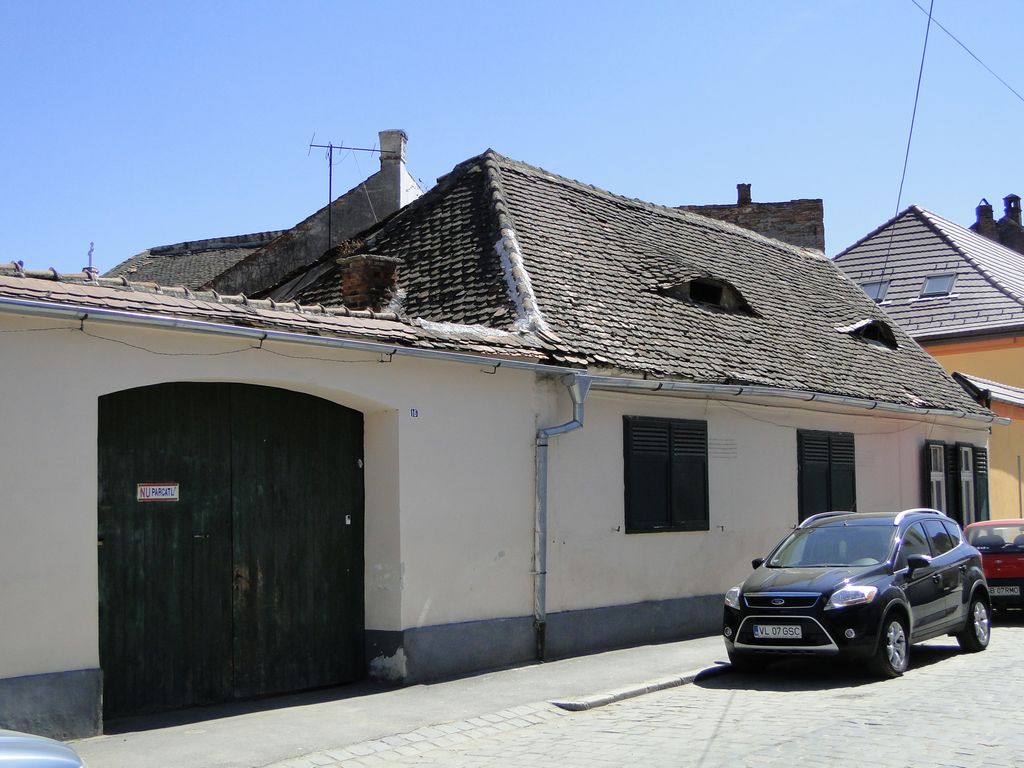 Rectangular building, with the long side towards the street is placed on a narrow wedge. On both floors, the windows have traditional joinery and slats shutters.

In 1868 Andreas Rieger opens here a forge workshop. Here he started producing horseshoes and fixing tools and simple agricultural machineries, together with the activity of placing shoes to the horses.
At the same time, he sells as a representative, agricultural machineries taken  Augsburg ”Eppell & Buxbaum” Company, a company where he worked when he had his apprentice tournament.
In 1875 he moved his workshop to  Cibin Market where he opens his first agricultural machinery factory.
The house is bought after 1890 by Josef Datky who moved here at the beginning of the 20th century his spring workshop on the place of the former Rieger workshops. Datky’s factory will work at this address until 1929 when it moved to the old  Reager factory from 1 Pulberariei Street under the name of 1  “Elastic A. Datky”.