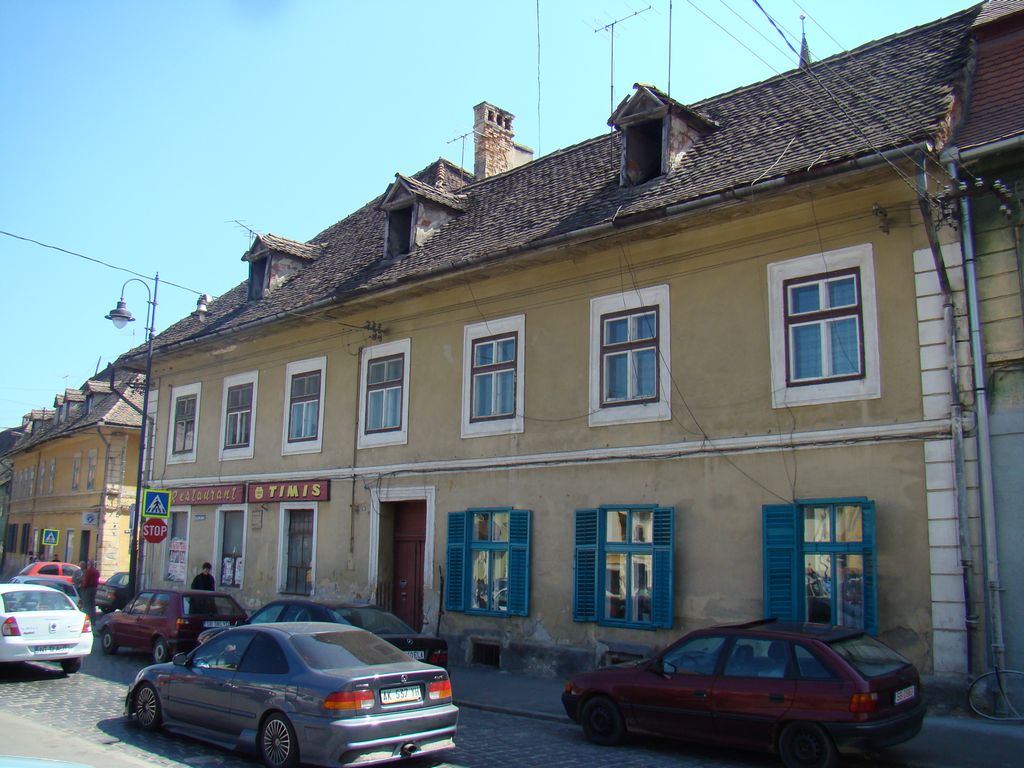 The building is placed at the intersection with Turnului Street. The facade is organized on seven axes, keeping downstairs adjustable slats shutters. Ridged roof with rectangular skylights, covered in ridges.

Mihaiu Hotel opened by Jon Mihaiu in 1899; it had a restaurant and a cafe.
In 1910 Ion Mihaiu lapses into illness and the hotel goes in Georg Molnar’s administration. During the First World War the hotel is bought by  Franz Bonfert who changes its name to Krone Hotel. In 1939 it appears as a 3rd category hotel.
Gh. Iliesianu’s Corona Hotel-restaurant was taken over by him in July 1st 1938.
After the Second World war it appears as Coroana restaurant.
After 1950 the Unirea purchasing and sell in Cooperative appears, and after 1960 the Timis restaurant.