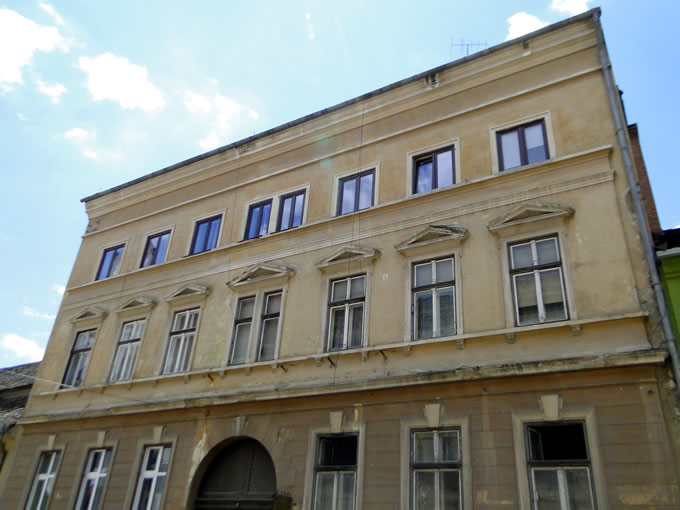 The building is formed of a basement, a ground floor and is two floors high. The symmetrical façade has a semi-circle portal of the passageway within the central line and eight windows on each level. The ridged roof has a crest parallel to the street.

The Cultural and Public Instruction Institution unwound its activity here in the period between 1918 and 1920, under the management of Vasile Goldis. The Discount Bank moved its offices here in February 1924, and a year later, the Bank purchased this building, adding the last floor to it.