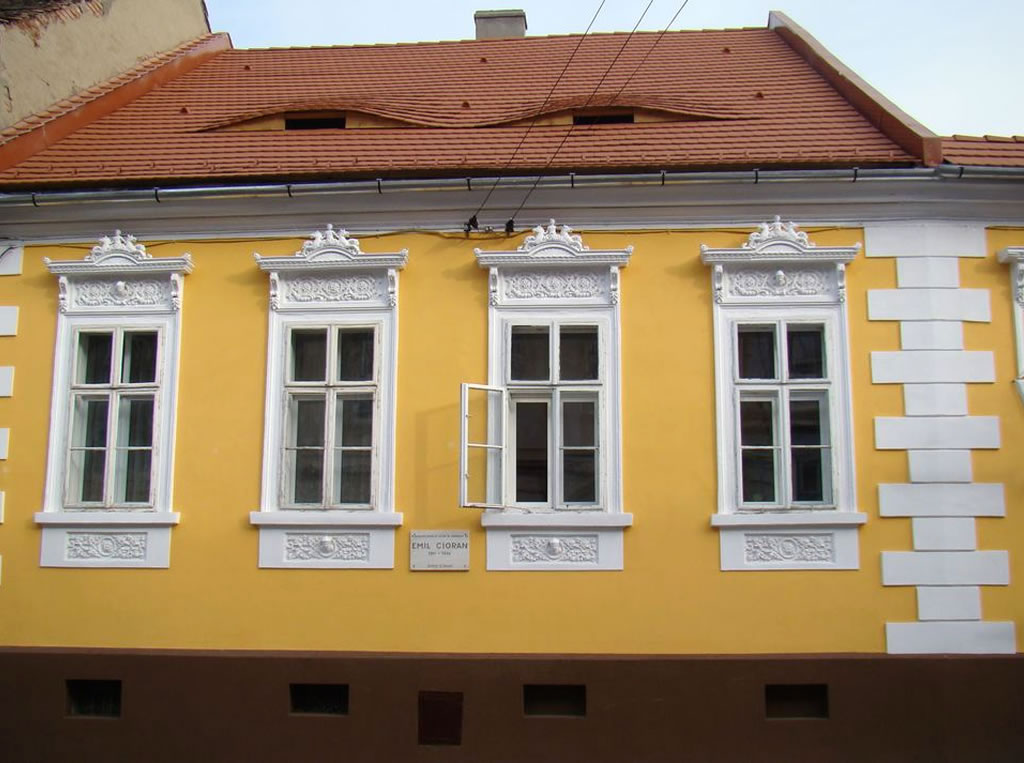 The building is formed of a basement and a ground floor. The ridged roof displays two eye-shaped skylights.

The commemorative plate installed in 1998 attests the fact that EMIL CIORAN lived here between 1924 and 1928, being a student of the Gheorghe Lazar High School. “Emil Cioran (1911-1996), writer and philosopher, lived in this building during his youth”
The year of the death of the writer appearing on the plate is wrong though, Cioran having passed away in 1995.