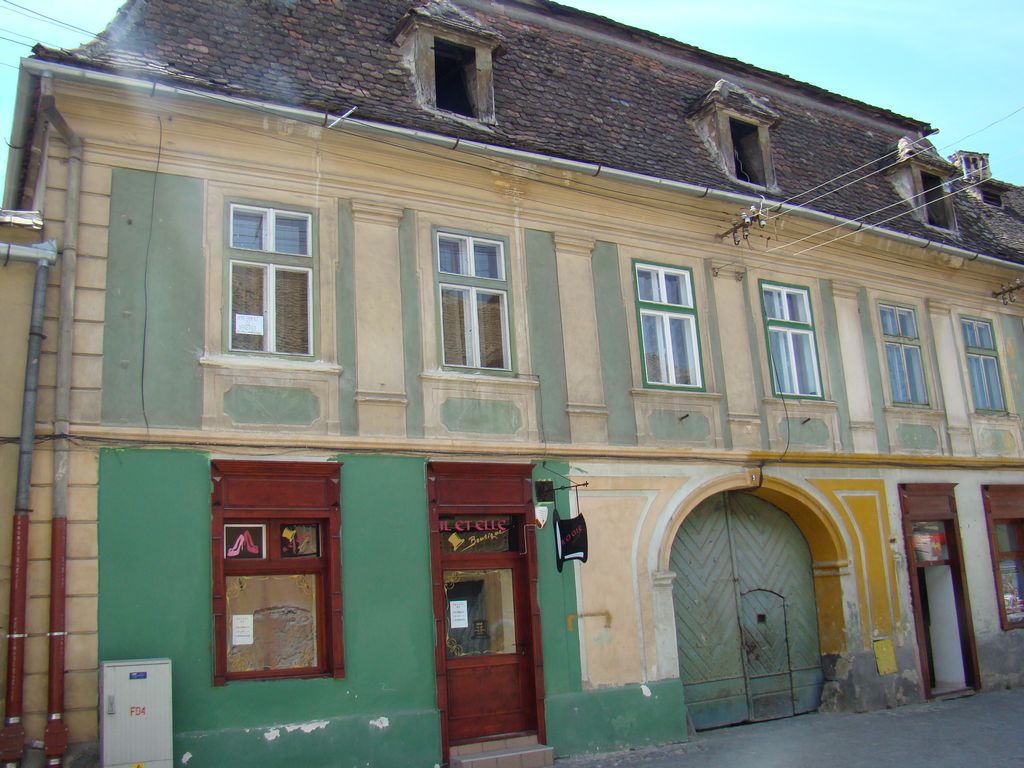 Gound floor and upperfloor building, it has the facade structured symmetrically on six axes, with the central arch portal. The attic roof dispalys three ridged civered  skylights on the first level and vintage chimnrys, on the second. In the courtyard, there is a flowing with metal railings.

Before the First World War here was a grocery, and after the war George Limpede’s first Romanian leather shop is being opened (it moved to 12 Faurului Street in the ‘20s).