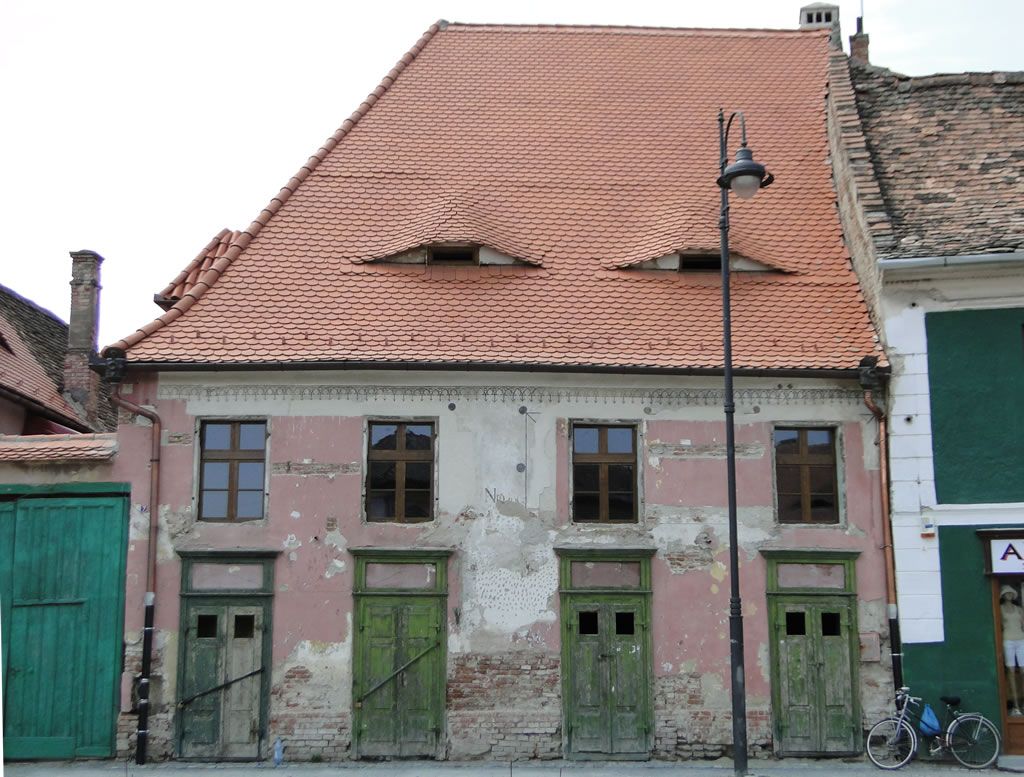 The house dates from 18th century, including elements preserved from the 14th-15th century

Ground floor and floor building with the facade towards the square from the crossroads of Turnului Street with other streets. The facade is structured on four axes, with doors with full shutters and frames (1900). High, three ridged roof, with the ridge parallel to the facade, diplays two eye skylights.  In the attic towards no.9 house there are still kept remnants of a gothique level pinion (14th century).

On the ground floor functioned some butchers, and the house belonged since the 20th century to the Butcher’s Association;
Traces of a copper oven and a coin from 1572 have been discovered .
Here lived the piano player Maria Klein Hintz (1891 Brasov – 1980 Sibiu)