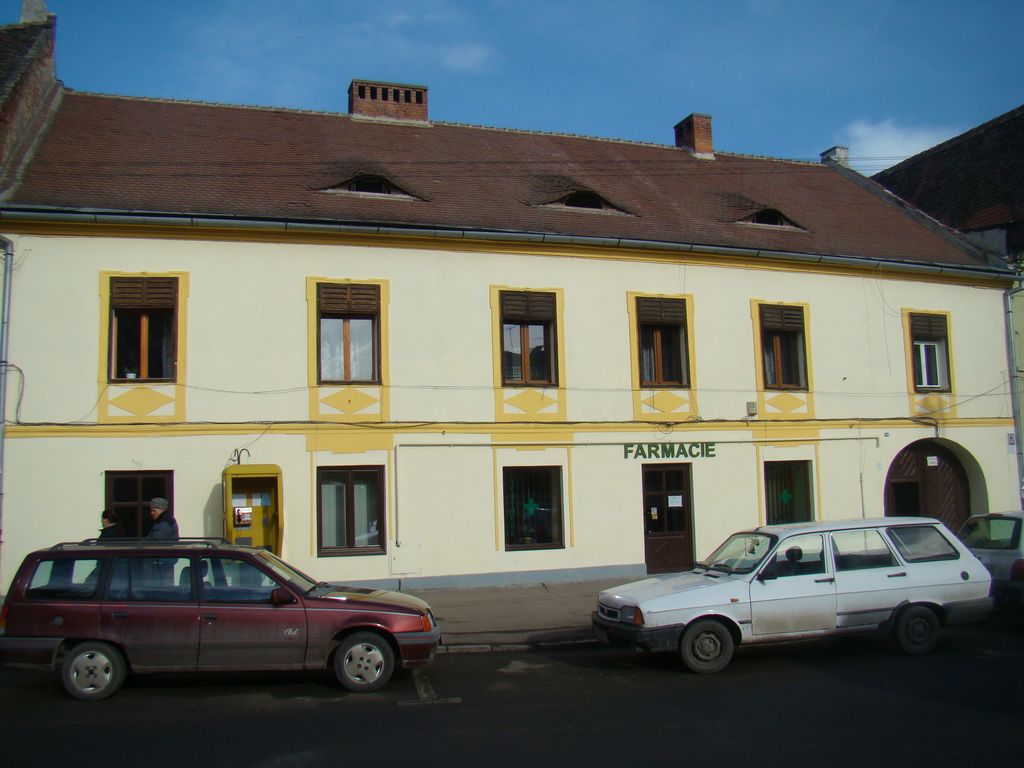 Ground floor and floor building, with the facade structured on six axes. Baroque elements are kept. Most of the rooms downstairs are semicylindrical vaulted, with triangular crossed penetrations and Baroque penetrations. Numerous Baroque doors upastairs, and so are the windows facing the courtyard,which keep the original grid. In the attic, towards house no.16, there is still kept a level gable from the 14th century.

The three rooms upstairs have Baroque stuccos from the 18th century
In the right room  (the one above the vaulted corridor) the hemstiched geometrical motifs combine with vegetal ones, with scallops and Cupids. In the central room , the ample one , in the central medallion there is the Holy Trinity, the twelve Apostels, and in the eight medallions  arranged around the perimeter there are scenes from Jesus’ life. The four scrollworks on the corners render scenes from the life in the Old Testament. In the room from the left Adam and Eve, near the tree of knowledge are rendered, and in the perimetrical srollworks there are exotic scenes. According to the old owners, these ceilings werepainted (until around 1920).

According to the book written in Latin, found around 1920 in the house’s attic, this construction was built in 1495 by the monks of an unknown order, meant to be a monastery, and it had a cemetery behind.  The ground floor of the construction might have been used as hermitage- the monastery’s reception was situated in the main wing.

Around  1923 here was found a tombstone on which it was written in Latin the 1600.
The wing towards the garden was added in 1812 and the wing placed obliquely to the other buildings was added at the end of the 19th century.
After the First World War, the owner was the chemist Herzberg, who moved his  ‘Zum Goldenen Kreuz’ “At the Golden Cross” Pharmacy on the ground floor.
Here continued to work a pharmacy until nowadays.