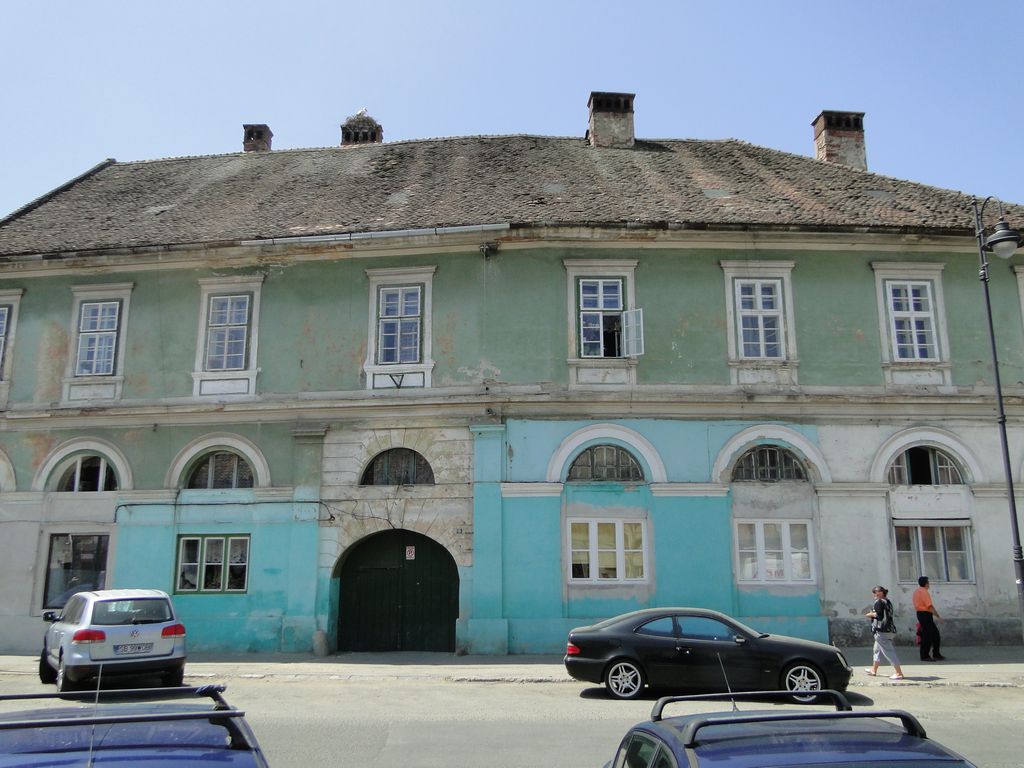 The very long facade (8 axes) has an inflection in the median area. The ground floor and the entresol with semicircular empty spaces have been modified at the beginningof the 20th century.
The windows upstairs keep the original decoration (1800-1825)

Here operated the town’s brewery from 1717 , before that in 1712 Emperror Carol the 4th gave the town the privilege of building a brewery.
In the middle of the 19th century, the candles factory moved from  Saguna Street (established in  1840)  which became the stearin and soap factory.  In 1904 the Candle factory merges with the Transylvanian Union Bank establishing the Phönix Anonymous Society for Industry.
During the communistic age here was the office of the  Metalurgica Factory.