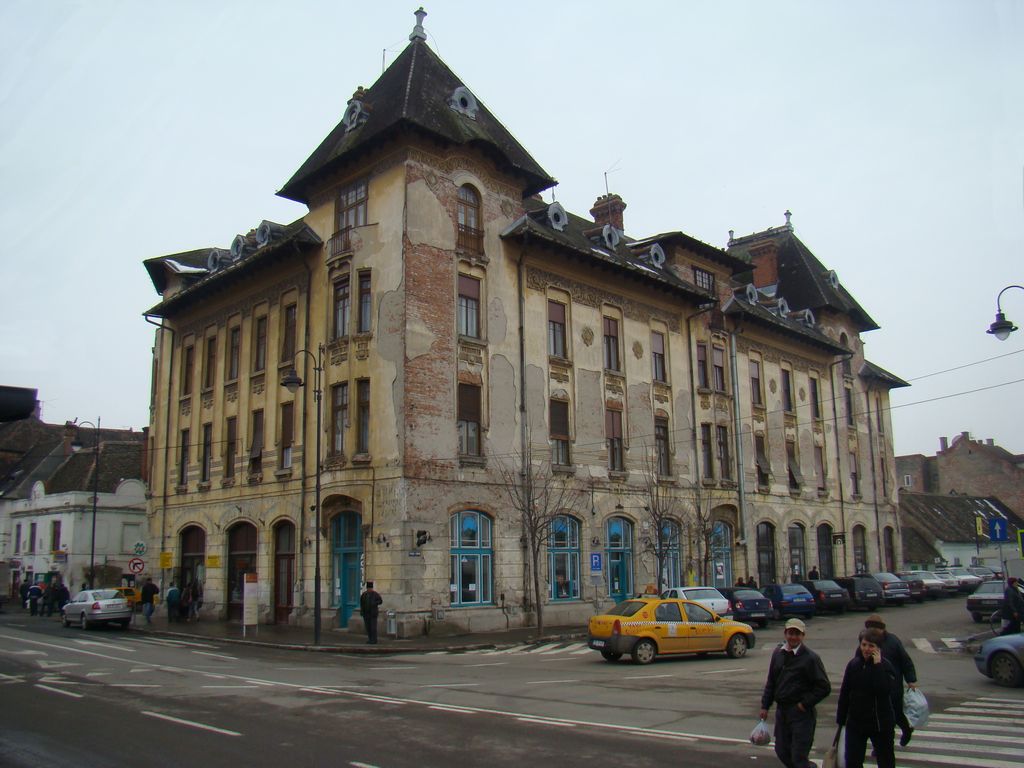 Massive neo-Romanian building, made up of two floors and attic.

Nicolae Petra’s and Ilie Floasiu jr. Oasia Bank, opened in February 1926 who was also the owner (1941)
The bank was founded in 1925 by  Ioan Petra Oaşia from  Sibiel who also founded Oasia Foundation  in 1925 in memory of his son who died in the First World War. After  Ioan Petra’s death, the management of the foundation is taken over by  Nicolae Petra
On the side towards Croitorilor Street it keeps an original window shop shutter made in Viena.
The cellar was used as a bombproof shelter during the war.