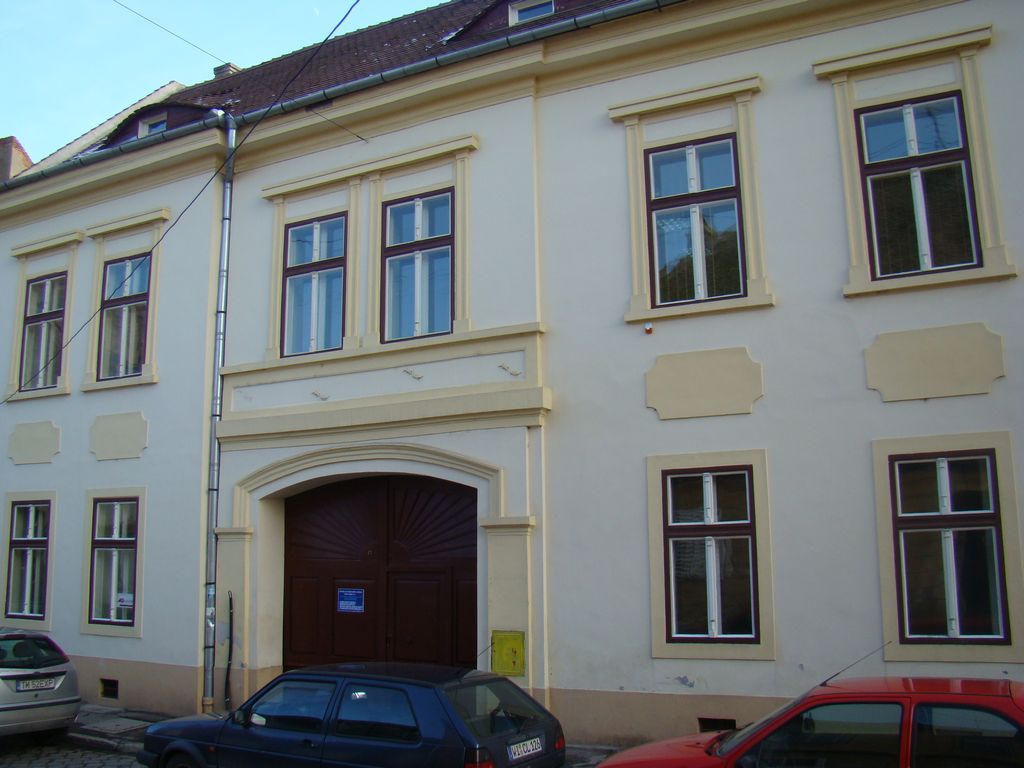 The building is formed of a basement, a ground floor and the first floor, its façade displaying four panes. The gate has geometrical adornments and radially disposed wood boards on the superior side. The ridged roof has a crest parallel to the façade and three eye-shaped skylights.