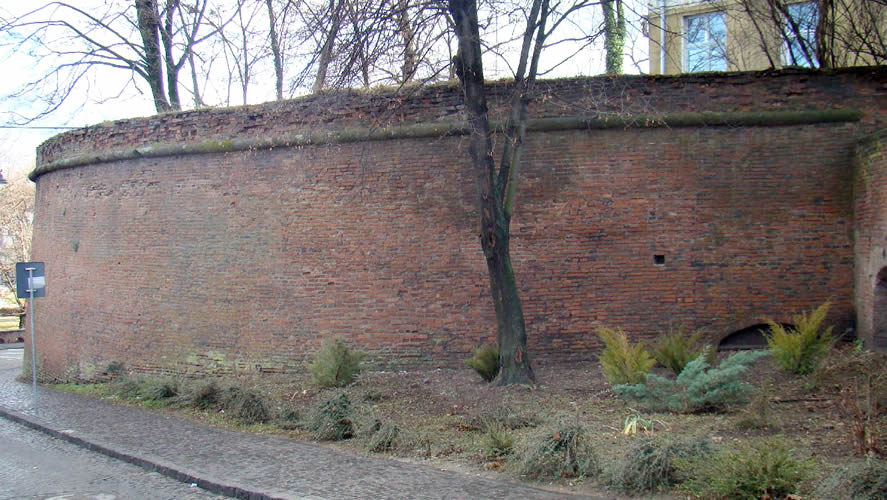 The spade shaped building was initiated by the general Castaldo, at the time when Petru Haller was the mayor of Sibiu. The architect was Alessandro Clippa and the masters were Peter Nürnberger and Georg Waahll. The building was finalized in 1553.
The bastion is built in brick and filled with earth, its walls having a total length of 223 meters and the maximum height of the wall is of 9 meters.
For a better defense, the walls were equipped with stone spacers installed at approximately 1 meter from its superior limit, meant to impede the installation of the assault ladders.
The openings of the pill boxes for the cannons are preserved both towards the Thick Tower (two openings) and towards Manejului Street (three openings).
In 1771 a riding school was built on the bastion, and during the first decade of the 20th century the building of the nowadays Neurology Hospital was erected.