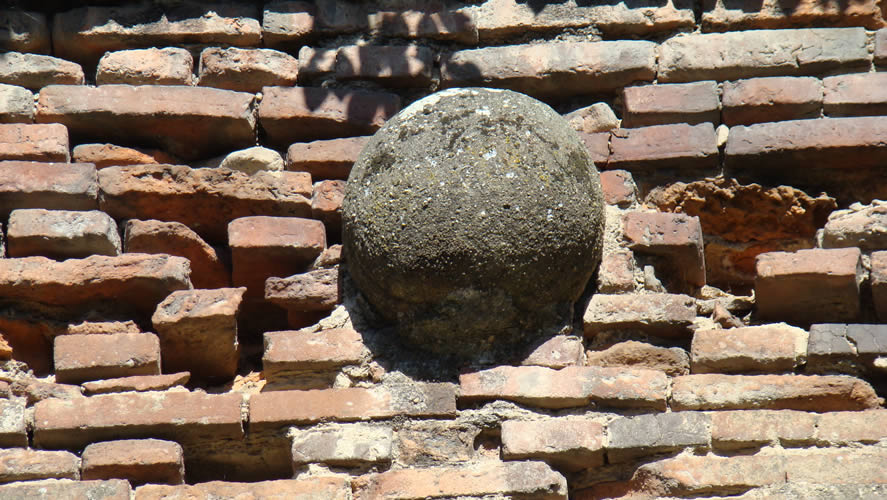 Bastionului Street at the corner with Alba Iulia Road

Built between 1622 and 1627 as a defense fortification of the Upper Town, it is from a chronological point of view the last of the city’s bastions. On its superior part it has a pronounced belt which was meant to impede the rising of the assault ladders. From the point of view of the dimension, the bastion is small compared to the Haller Bastion. Its shape is that of a half of club with the straight lines oriented towards Filosofilor Alley.
A beautiful coat of arms of the city is placed on a white marble plaque on the exterior side of the bastion. The Bastion wall preserves nowadays four cannon balls embedded in it.
The Ruin Garden styled according to the tastes of those times by Baron Michael Brukenthal (1785), the nephew of the Transylvanian governor, Samuel von Brukenthal, also had a brook which crossed one of the long ago deallocated pill boxes of the Bastion.