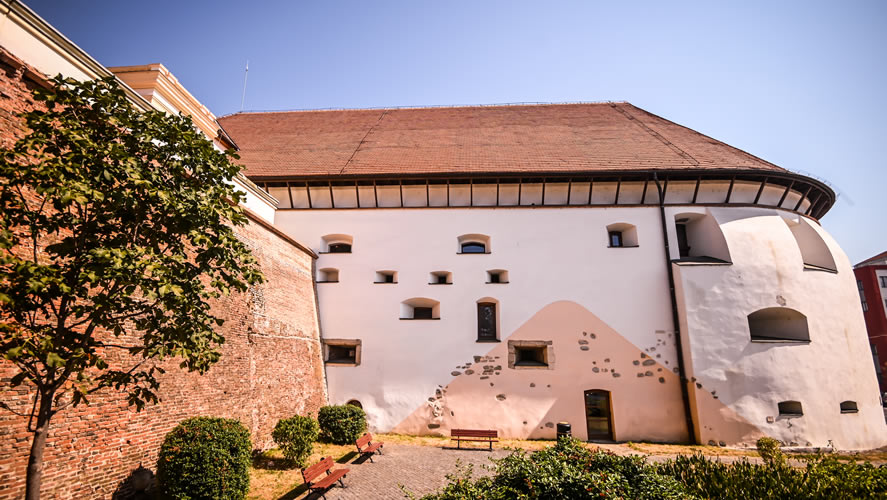 It is a massive construction built on a semicircular base, with brick walls (the base being made of stone) and a platform where the canons were once placed.
The tower is u-shaped standing out by 25 meters from the exterior wall. It had several defensive levels representing a genuine war machine.
The tower was erected by Markus Pempfflinger around 1540.
The first theatre in Sibiu functioned in this tower since 1778. It was recently rehabilitated entirely and it is now the headquarters of the State Philharmonics in Sibiu .