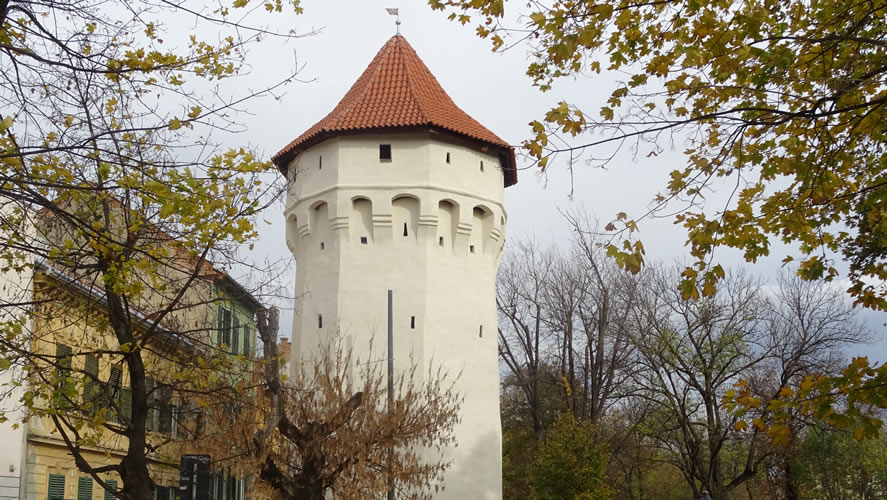 It was rebuilt on an octagonal foundation. It later became the Weavers’ Tower, named after the guild which administrated it.
It is the southernmost of the three towers. The tower has the shape of an octagonal prism with the superior part standing out from the main body, supported by consoles with arches in which holes for launching are placed.
The firing holes at the first level have the shape of a key hole. Up to the height of 1 meter the tower is built in stone and the superior part is made of bricks. Height: 20.75m.