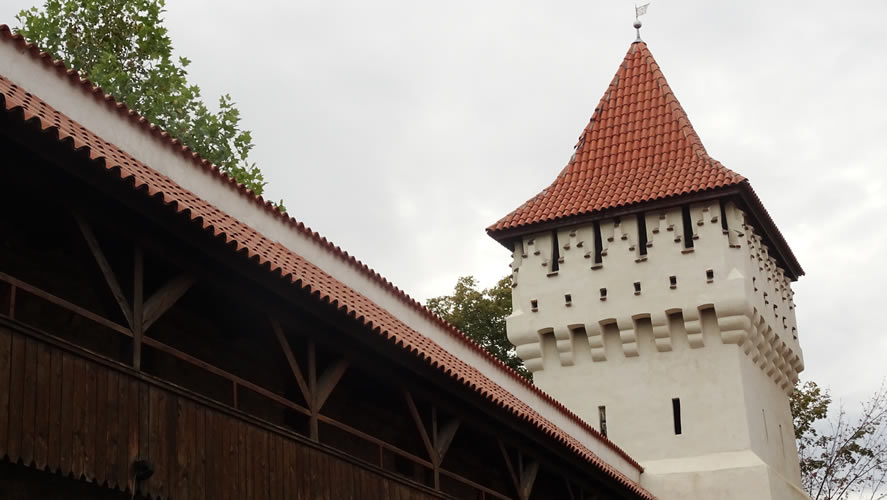 It was built in stone in the 15th century and it was consolidated a century later.
Its superior part, standing out from the main body, is supported by a row of consoles with holes used for launching. Five firing holes for arquebuses are placed all around it. Under the rain shadow: stair-like ramparts. Height: 19.60m