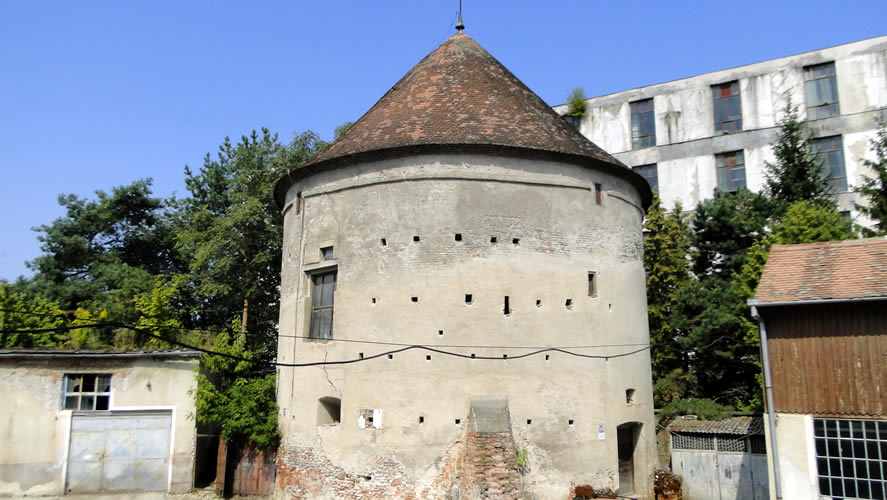 Situated in the courtyard of the Independenta Technical High School at no. 33, Ocnei Street, the tower was erected at the middle of the 16th century within the fourth defense belt, one of his roles being that of storage place for gunpowder. The tower was part of the strongest fortified formation of the city which defended Ocnei Gate (or the Shoemakers Gate). It is a massive tower, on a circular plan, built in this manner to resist the attacks of the siege artillery. As its name shows, it was used to deposit gunpowder.
From a chronologic point of view, it belongs in fact to the new fortification system conceived at the end of the 15th century.
Height: 14.5m.