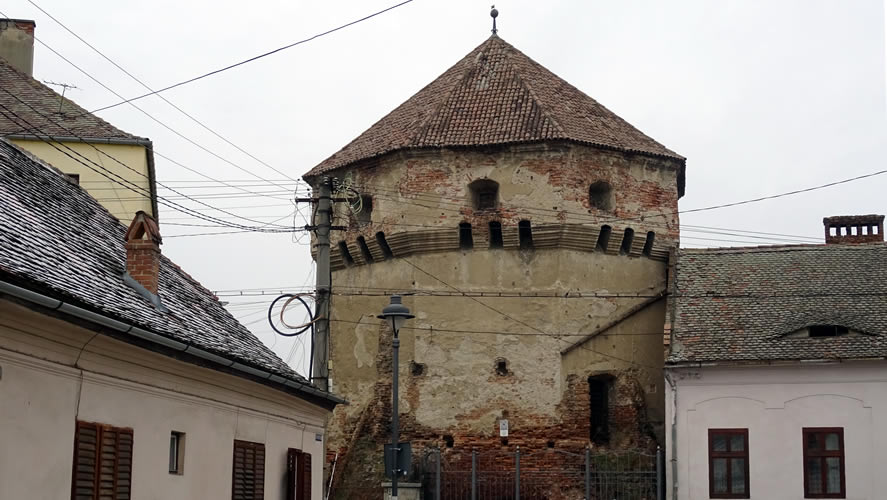 Pulberăriei Street, at the crossroad with Rimski- Korsakov and Zidului Street

The tower belonging to the fourth precinct and built in 1457, is one of the two towers preserved in the Lower City.
It is four stories high, the last floor stands out in a console and includes three crude oil holes, above which there exists a square firing hole with the superior part in a circle arc, meant for light artillery items.
The eight sided pyramid shaped roof has relatively soft gradients. The last floor is arched with eight sphere surfaces which form inside bound ridges. The tower was damaged and rebuilt in several occasions.
During the great fire on March 31st, 1566 it exploded because of the gunpowder deposited here and the same occurred on September 7th, 1570 when another catastrophic fire occurred. On August 28th, 1638 the tower exploded a third time, this time due to a lightening.
Built on an octagonal base 3 meters in length, the tower was used by the tanners