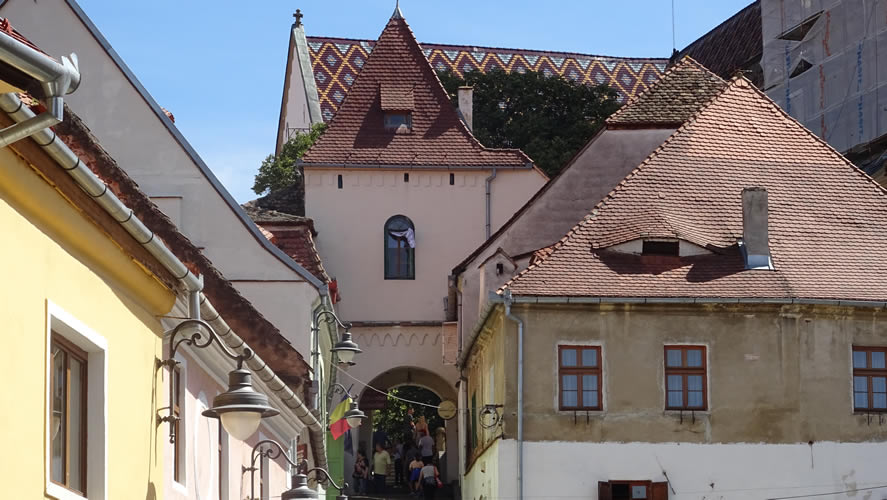 It is the only one of the three access gates in the first precinct of fortifications which was preserved and dates from the 13th century, being the oldest construction preserved in Sibiu. Its actual shape dates from 1542. The tower presents itself in the form of a one-story massive brick construction, hosting at the first floor an arched passage way through which one can arrive at the stairs connecting the “Upper Town” with the “Lower Town” in the direction of Turnului Street, and on the lateral it has an arched passage way leading to the EXPIATION CORNER (BUSSWINKEL) situated under the curbed wall separating the garden of the Parish House.