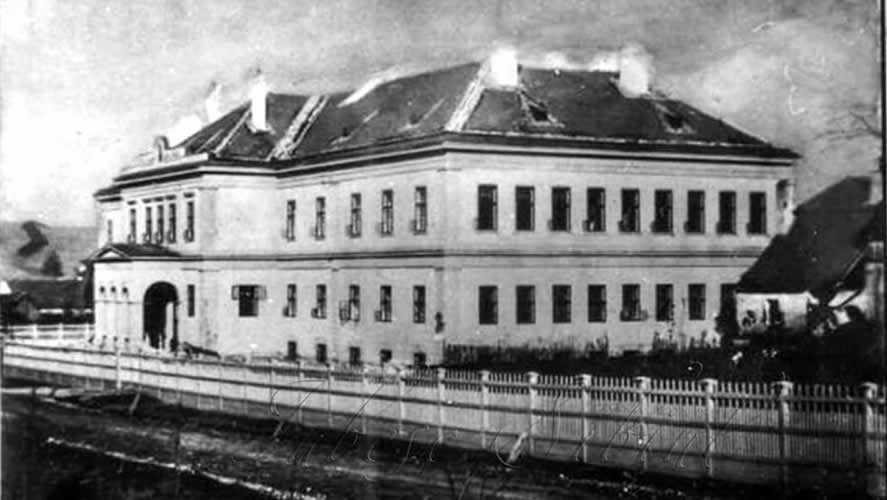 The first hospital in the present territory of Romania was opened in Sibiu on the place of today's complex of buildings known as an elders' nursing home, on 4 Azilului Street. The house where the hospital functioned was documented in June 24, 1292. There were also the documents called "lazarets" of isolation of the plague or leprosy patients.

In 1475, it is documentary mentioned in Sibiu an insulator for lepers in a Dominicans' convent building, located outside the city walls. There are also documentarily mentioned two "spirit houses" for the poor and sick women. In 1494, the first pharmacy in Sibiu and also from the present territory of Romania is attested.

The first lay doctors with academic studies, practitioners of medicine in Sibiu are foreigners who gave medical assistance to nobility and clergy. Of these physicians we mention the late Dr. Jacob (during the late fifteenth century) and Johann Saltzman (the sixteenth century) who saved the city from the plague in 1510. The fame of the doctors in Sibiu quickly became recognized, both in Transylvania, and over the mountains, in the Romanian countries.

Worth mentioning is the first book of medicine, published in 1793 in Sibiu by Ioan Piuariu Molnar, called "Guidance for the students in surgery". In 1777, Piuariu settles in Sibiu, where he was named "oculist doctor of the Grand Principality of Transylvania" and "protomedicus" of Transylvania, a high rank in the country's leading medical hierarchy. One of his reports show that in 1786 alone he healed as many as 101 cases, which, for the conditions of that time, is an impressive number.

On July 25, 1852, in the presence of Emperor Franz Joseph I of Austria, the foundation stone of the Public Hospital was set, which eventually opened in 1857. At the end of the nineteenth century and following 1904, the hospital will expand. Two years later, the Military Hospital will open. In 1863, the Psychiatric hospital is opened, under the name "Mental Hospice", which later becomes "Mental Institution", the first settlement of its kind in Southeastern Europe.

An Obstetrics and Gynecology clinic is attested between 1889 and 1892, which also trained women in the profession of midwifery. In 1911, the City Hall buys land from the Strassenberg Company in order to raise the Haller Bastion of obstetrics and gynecology hospital, with 80 beds and a dormitory for 40 students of the midwifery course.

In the interwar period there are many private clinics. On today's Noica Street, Dr. Ernst and Samuel Wachsmann open the Wachsmann Sanatorium, which will become the CFR Hospital, after the year 1947. In 1928, dr. Nicolae Ittu will open a private sanatorium on today's Copernic Street. Instead of "Speranta" complex on Transylvania Street, there was the Sanatorium for Mental Illnesses, opened by dr. Gerhard Wermescher.

In the former Sanitarium Park, dr. Martin Luther inaugurated in 1934 the clinic that bears his name, known as the "Luther" Hospital. In 1945, it will be abolished and in its place opened the Social Security hospital, later turned into a children's clinic. In November 1936, dr. Antal opens on Constitutiei Street a private clinic for births and women's diseases, which functions until nationalization. The last private sanatorium during the interwar period will open in May 1939 behind the Military School of Infantry, called Sanatorium "Longa Vita".