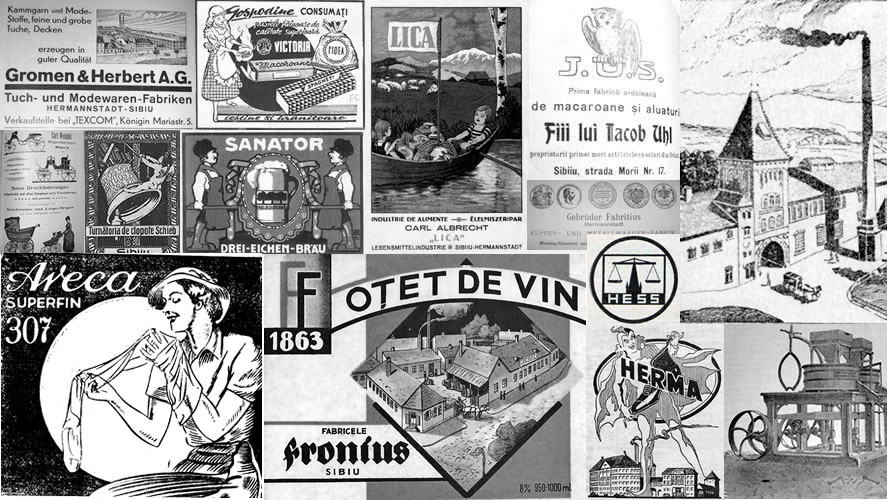 Sibiu was a powerful economic center in this part of Europe for hundreds of years. The first guild, the tanners' guild, dates from 1367 and the first guild status was issued in 1376, when 19 guilds were dated with 25 practiced crafts. It is worth noticing that in the same period of time, there were 17 guilds mentioned in Ulm, 15 in Augsburg and 25 in Strasbourg. Guilds had an economic and social roles (to support guild members and their families), as well as a military role, each guild having to guard a certain portion of the wall, a tower or bastion. Therefore, many towers received their names after the guild that protected them.

In the eighteenth century, the signs of the guilds' authority decay started to appear – decreases in the product quality and increased competition from the craftsmen outside the guilds. Although it has been attempted to modernize the Transylvanian guilds in 1793, 1797, 1803, 1805, it was not until 11 April 1875 when the guilds that slowered the economic growth in the new capitalist environment had been shut down. These have been replaced with the employers' craftsmen cooperatives. In 1878 there were 35 such cooperatives in the city, some of which even organized exhibitions and product tradeshows.

In 1717, the city's first brewery is opened on Turnului Street, five years after Emperor Karl IV granted the town this privilege. In 1808 the factory moves to Hermann Square, in what is today's City Hall building.

The first textile factory has been documented since 1787 as the captain Gallarati's "silk fabrics enterprise", which was also the first manufacturing company in the present territory of Romania. The factory produced fabrics of silk worms; its headquarters were located in the former convent of the Grey Nuns on 9 May Street, which was left in disrepair. The factory was closed in 1809.

In 1839 the sugar factory is established on Victoriei Boulevard and during the same year the bark mill is mentioned, on Fabricii de zahar Street. In 1840, the candles and soap factory opens on Turnului Street. In 1844 two tanneries are open in Sibiu, one of hats and felt, and the other one of rapeseed oil, one of candles, a paper mill, a copper workshop and a brick and tile factory. In the second half of the nineteenth century, Sibiu's industry develops rapidly, thus becoming the strongest in Transylvania.

Commenting is not available in this channel entry.
{footer_en}